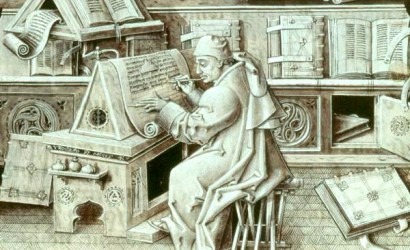 In the history of duelling we read the history of of mankind in the development of evil passions, and the occasional display of some redeeming qualities.[1]

Last month we had the press assessment that Canada ‘might’ be establishing the legal conditions that would allow us to return to ‘the duel’ as a socially acceptable method of settling our differences.
Might.
Though not HEMA-specific; Canada’s following of Missouri’s and Michigan’s duelling-related, statutory initiatives may present a modest opportunity for our art to reinforce our ethos of being a socially legitimate and academic study – with no ulterior motives. There may be new scope for demonstrations of ‘the duelling arts’ in public forums, where the physical and intellectual challenges of historical swordplay might be emphasized – and possibly sway the uneducated from the idea that rapier training ala Errol Flynn will “teach us nothing but the damn’d Art of murdering one another” (Apologies to Lt W.J. Stephens c.1789)
And on a parallel theme, the state of Texas will pass a law allowing the open carry of swords in public, (there is no indication though, if Texas is a ‘duel-legal’ state?).  Dakao Do of Houston’s HEMA school ‘Sword to Sword’ has come out in favour of this controversial law as giving his organisation the chance to prove that routinely carrying a large blade in a respectful and responsible fashion will take away from the ‘cool factor’ of doing something forbidden or exotic.
There has been no wave of newly-motivated duellist-wanna-be’s hammering at the doors of our salle’s with the intention of learning how to conduct themselves on Granville Street at high noon; but this hiccup of interest in ‘legal duelling’ might result in another opportunity for our community to educate some interested person on the ‘redeeming qualities’ of our art.
Oh yes, the last duel in Canada? Take your pick.

Not your Linebacker Vikings

FAIRBAULT DAILY NEWS (Minnesota) 09 July 17 School teaches the art of Viking combat – and we’re not talking football
Arthur Von Eschen’s Asfolk Viking Martial Arts is attempting to bring back Viking fighting techniques … without the use of fightbooks!.
Von Eschen and his peers are attempting to rebuild the art by combining a mixture of knowledge and disciplines … swordplay of course, archaeology and history being but three. One significant item offered is that Viking swords were light, very light; and would take at most two or three good blows. But as a bonus, because of shield’s fibrous build, the hope was that the incoming blade would find itself entrapped within the body of the shield, rendering that attacker momentarily unarmed. 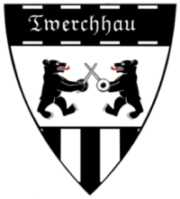 BERLINER ABENDBLATT (Berlin, Germany) 11 July 17 Gelegenheit zum fechterischen Austausch
Twerchhau eV hosted its third workshop in three years, with 80 German swordplayers expected to show up in Berlin to teach and learn a variety of HEMA disciplines.  Organizer Clemens Nimscholz emphasizes that it is during meetings like this that individuals are exposed to different experiences and perspectives of HEMA.

92.1 FM (Moscow, Russia) 11 July 17 Холодное оружие. Эсток и кончар
An interesting item on different European approaches to swords designed and handled specifically to defeat armour – centering for the most part on the Estoque and the Koncar.

Washington Did Not Duel Here

THE DAILY BEAST (New York, New York) 02 July 17 For George Washington, a Sword Was Much More Than an Accessory
An interesting and engaging piece on American George Washington’s interest in and training with swords, the place of swords within the society of his time and General Washington’s views on duelling.
The item is also written with the authors experience of being hosted by the Virginia Academy of Fencing as he sees to better understand the place of the sword in Washington’s martial history. There is very much a ‘tongue in cheek’ recounting of his experiences while on the floor, which might not appeal to all readers; but I for one found it quite refreshing … mirroring as they do some of ‘inside voice’ comments of my past while learning ‘the pointy end goes forward”.

And Now a Word from Something We Should be Sponsoring!

1. Milligen, J.G. The History of Duelling; Including, Narratives of the Most Remarkable Personal Encounters That Have Taken Place from the Earliest Period to the Present Time. London UK: Samuel Bentley, 1841. P.5