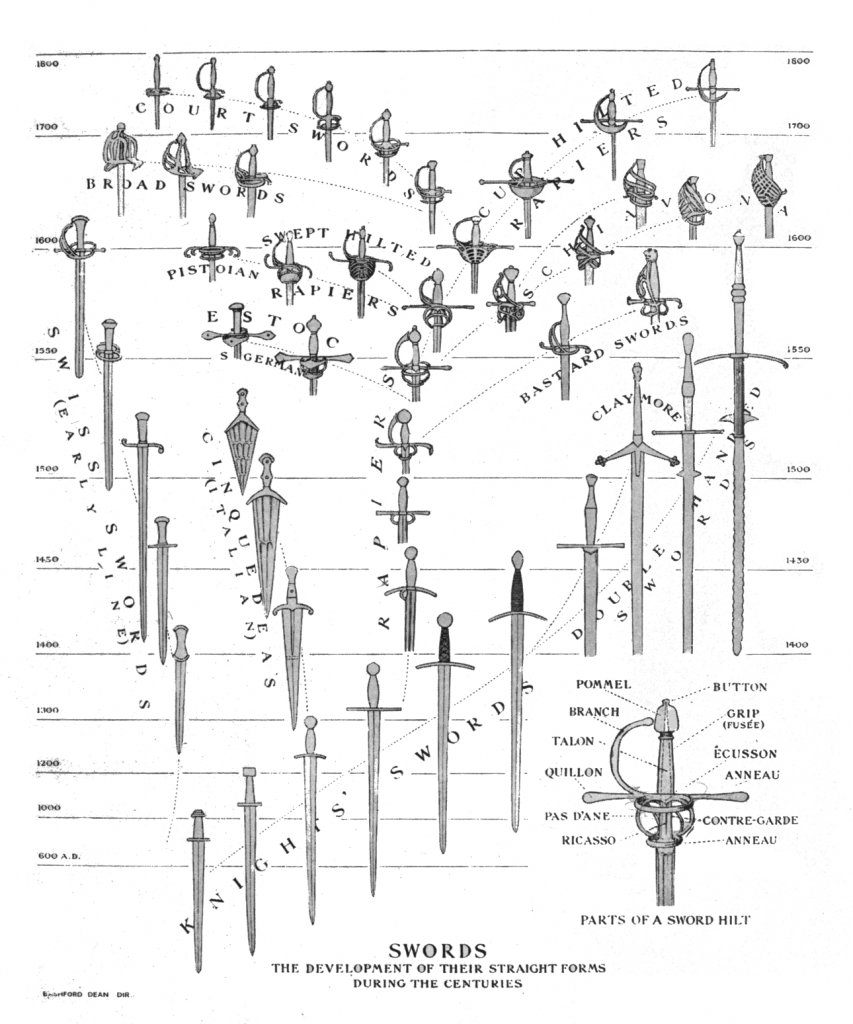 People often try to use the term HEMA (Historical European Martial Arts), often pronounced phonetically as "hee-mah", as if it were a specific martial art such as karate (technically a family of martial arts), or taekwondo (a martial art, practiced in the Olympics, of Korean origin). However, HEMA is truly a much broader term that includes potentially thousands of martial arts, disciplines, and practices. I thought it would be interesting to break down the term and some of what is potentially included within it.

Though "martial art" is often used to refer to combative arts of Eastern origin, the term is gradually finding its way back to its broader Latin origins. Martial Art comes from the Latin "ars" meaning skill or ability and "martialis", of or relating to the Roman god of war Mars. Thus the term can refer to any fighting system that is used for or has its origins in war or inter-personal conflict, regardless of origin. It can refer to anything from shooting (with bows or guns) to combat with spears from horseback, to boxing, to the swordplay we often associate with HEMA.

As if "martial art" wasn't broad enough in its potential, "historical" is a word with an expansive sweep. If it's in the past it's historical. Though perhaps we can narrow it a little by including only those things that come before Contemporary History (post-1945). See, didn't that help?

Most historical martial arts in practice these days either have a teacher-to-student lineage back to their historical origins (there are still many Japanese Koryu schools that claim this link), have been revived or recreated from historical texts (most of HEMA), or are being revived through a mix of experimentation and study of cultural artifacts, stories, and art. Pankration, an unarmed martial art described as part of the original Olympic games, has been revived largely from pottery and frescoes. Viking martial arts are being revived through experimentation with reproduction weapons, armor, and descriptions from sagas.

Culturally, Europe is an incredibly diverse place both with many different historic and modern ethnic groups as well as influences from Asia and Africa. Within modern HEMA there are groups and individuals seeking to revive arts from pretty much every part of Europe. Italy and Germany certainly have the most Medieval and Renaissance era manuscripts to work from, but as stated before there are many ways to explore and connect with a historical art beyond books. It's important to realize that commonality of language or region does not make something the same martial art. Every master who taught technically taught their own art. Though there are definite lineages where a single master (such as the German master at arms Johannes Liechtenauer) taught many students, each successive student innovates and evolves that art in their own image.

At Academie Duello, we say that we teach our own form of Armizare (the term that 14th-century Italian knight Fiore dei Liberi used to refer to his teachings) and that fits within the broader umbrella of Italian Martial Arts, which in their turn fit into the even broader HEMA.

Yet, there are those who use tools from European arts (such as longswords) that don't try to connect with historical sources at all, use entirely modern terms, are being developed outside of Europe, and they still identify themselves as HEMA. The community also embraces martial explorations of historical arts from continentally spanning cultures such as the Persians (and the Romans!). The truth is that cultures are not bounded by continents in ways that make them easy to organize under a term. HEMA can be so broad as to almost defy usefulness.

This is the nature of language and classification. HEMA in common usage typically fits an ever-changing hodgepodge of popular Medieval and Renaissance European martial arts (and like-appearing arts) that we see practiced at events and tournaments now. It is also an umbrella that can fit everything we've discussed in this article so far, and more.

So if you're wanting to understand what a particular HEMA school or practitioner does, best dig a bit deeper. If you want to practice something a little different than what you see going on now, and hope that it can still be included in HEMA, you've got a lot of room to play!