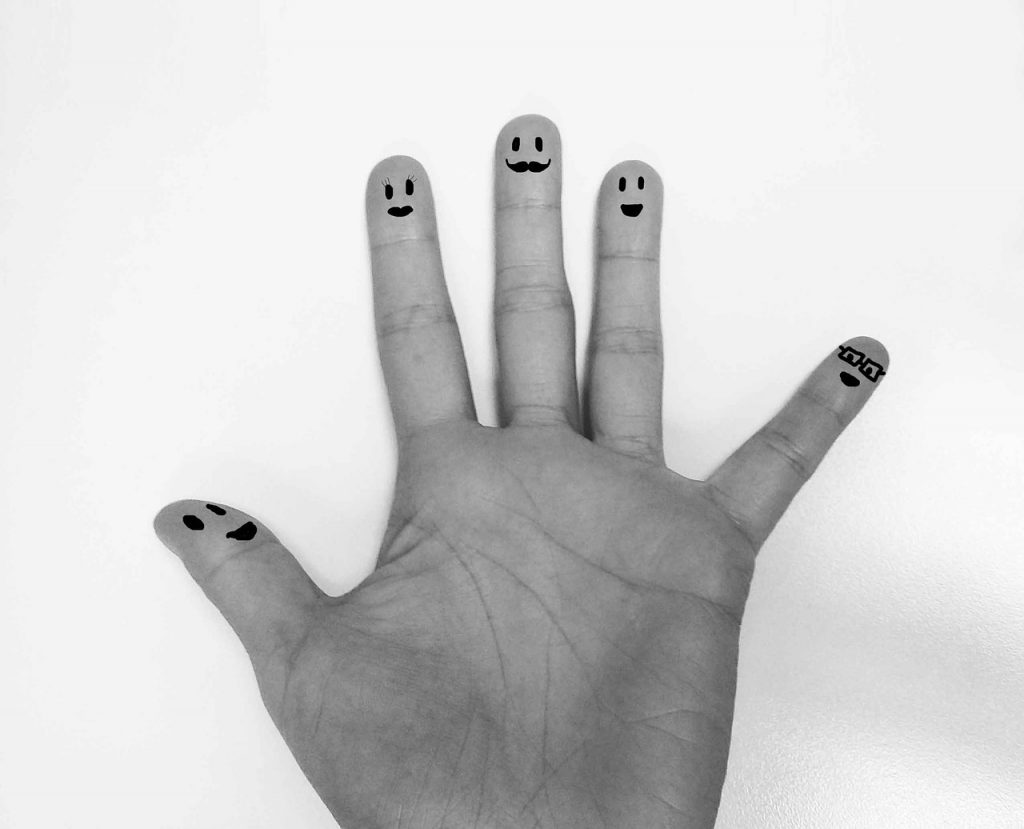 I’m a big fan of sparring games and other exercises that help bring a skill from drilling into a more fluid and combative environment. The Five Things Exercise is a sparring game that allows you to focus on five different techniques or ideas with just this goal.

Set a timer for a period of time divisible by five. For example 25 minutes. (I recommend using an interval timer and setting the timer for 25 1-minute segments.)

Throughout the period of time, you will be sparring (at whatever speed suits you and your focus), use each one-minute interval to spar with a different partner or take breaks. Over the course of the 25-minutes, you will be focusing on implementing five different skills or ideas. You will attempt to implement each idea for an evenly divided amount of time. So in a 25-minute session, you’ll spend five minutes on each idea. You can spend one minute on idea #1, then two minutes on idea #2, then return to idea #1 again for another minute, etc. Your goal overall is to practice all the skills for approximately five minutes each in total. Don’t worry about being exact but certainly be aware if you’re avoiding a particular skill and ensure that you catch it up before the timer runs out.

Here are some examples of the ideas or techniques that fit well into this exercise:

A stated set of five things is selected before you begin and all the participants in the exercise are moving between those same focuses. Each partner is responsible for when they switch and managing their overall time spent on each. There is no need for partners to match one another, or even disclose which specific skill they’re working at a given time. The main goal is to give focus to each idea in a dedicated manner.

What You Can Get Out of It

The Five Things Exercise gives you a space to work on implementing new techniques (by giving an objective that requires their use) or to push yourself into uncomfortable tactical or psychological spaces you might otherwise avoid. By having five things you give yourself the capacity to work on a few ideas at once, keep a bit of variety so you don’t get bored, and choose the moments where those ideas might be best implemented. If you’re training with multiple people you’ll find that some opponents are not great partners to practice certain ideas with, and that’s enlightening too. This drill allows you to work on one idea with one partner and then switch it up when you’re across from the next.

Games are great ways to step out of more rigid drilling while still allowing for a focus on practice and improvement, rather than getting caught up on pursuing victory in a way that doesn’t push you to be better.