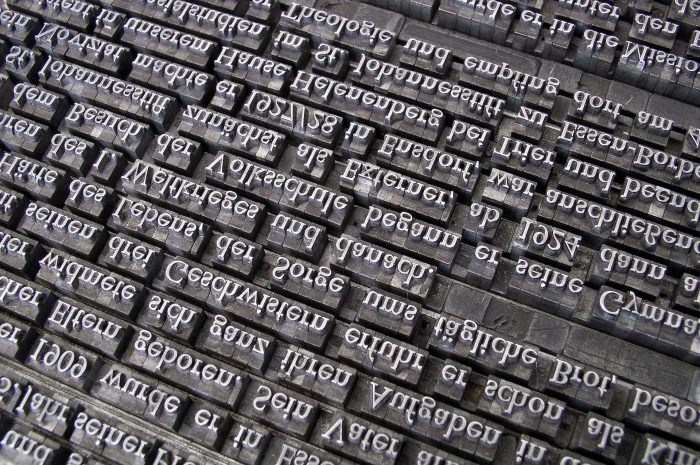 Technical jargon can seem like a burden when you’re first learning a martial art. European martial arts in particular have dozens of guard names, positions, attack types, and terms for movements of the sword and body. It can be daunting when you’re learning a new movement language to also learn the spoken and written language that accompanies it.

Yet words are the building blocks for memory. Having names for sword actions like the directions of cuts, the origin points of thrusts, the ways the swords have crossed, the position of the sword in relation to the body, and the timing and types of movements, give us the capacity to retain the pieces of action of a fight. It allows us to see a complex intertwining of swords as a series of snapshots, each with its own name and clear beginning and end.

With language you can describe the starting positions of the fighters, how close they got to each other before one threw an attack, and the type of attack thrown with its direction, target, and timing. You can describe how it was defended against, the nature of the counter-attack, etc.

The language might seem cumbersome to learn at first but saying “stramazzone” is actually easier than “circling cut made in a vertical rotation delivered from the wrist” and allows you to more precisely identify and remember the specific action and its place in the sequence.

There are many sources for technical language (if you don’t already have some in your own system or school). Italian swordplay and German swordplay are rife with descriptive terms. Classical modern fencing is also a rich source of language.

Terminology does not need to be in a foreign language to be useful. If you want to call the before mentioned “stramazzone” a “spinner” that’s fine (in terms of memory and descriptive power), as long as the term you use is succinct, specific, and consistent. Making up your own terms can be a helpful exercise in and of itself. Bonus if you know your own term, plus the more standardized terms across the art as practiced internationally.

Sometimes foreign words can seem intimidating. Students frequently say “I have to learn to sword fight and speak in Italian?” Yet this isn’t distinctly true, as Clint Fernandes (one of our Provosts at Duello) says “Italian sword fighting terms are just English words you haven’t learned yet”. Be patient, it takes time to learn new words, whether they originate in English or some other language. It’s useful to have those terms and the advantage of foreign ones is they can also connect you with the history and origin of the arts you practice.

Next time you’re doing some sparring practice see if you can start putting your fighting linguistics to the test. After each hit, pause with your partner and try to describe the action that took place. Answer the following questions:

When you first start trying this you’re libel to find it challenging to both remember and describe the action, but it is only the act of attempting to do so over and over again that will start to exercise the parts of your mind that can give this to you. It’s a valuable practice to develop as the ability to remember and describe a fight unlocks the capacity to spot and fix errors in yourself and exploit them in your opponents.