Now about two decades old, the modern study of HEMA is continuing to gain enthusiasts from non-traditional venues. We’re already familiar with our peers in Japan that have an interest in medieval western martial arts, mirroring the western interest in ‘kendo’ and any of the Chinese swordplay disciplines.

The item on Romania’s interest in and contribution to HEMA highlights an exciting development. Though Romania has a long and impressive martial tradition (when your country is situated between rival empires, you tend to get involved in a lot of fighting), it appears to lack what we would see as an identifiable HEMA tradition … notwithstanding that Romania is very much ‘European’.
The Romania of I.33 time was actually three principalities, freshly independent of Mongol occupation. Though there is no doubt there was a lot of practical swordplay knowledge in the area, nobody had the time to write it down.
The same three principalities were occupied by the Ottoman Empire during the time of Capo Ferro’s efforts and were more apt to be learning Turkish martial arts than the Italian use of the rapier.
In four years, Romania has established at least two HEMA salles – and this year held a pan-European competition/seminar than included some significant names in the art. If after less than half a decade new HEMA groups [with no historical links to a (written) medieval or renaissance tradition of arms] can put on events of this reported quality, the serious study and practice of HEMA is in truly excellent hands.

CORRIERE DELLA SERA (Brescia, Italy) 24 February 17 Gairethinx: a Botticino apre il museo europeo della scherma
Gairethinx, the first European museum of HEMA opened its doors to the public and scholars on the continent, and features historical weaponry, fight books, cultural artifacts and recreations of HEMA-related industry (i.e. a sword makers forge).
Of note, the site is also ‘recognised’ as an authority by both the Italian and Belarus Olympic committees. And if that is not enough to convince you of the new museums status and utility to HEMA study, maybe Devon’ Boorman’s visit there will!

Romanian Rencounter – An Invitation to Knowledge 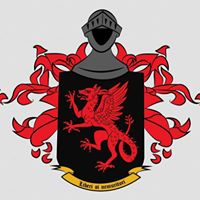 INFORMAŢIA ZILEI (Satu Mare, Romania) 08 May 17 „Fior di Szatmar”, prima competiţie de arte marţiale istorice europene la Satu Mare
Club sportiv Gebeleizis hosted “Fior di Szatmar“, their first HEMA competition and seminar in Satu Mare (in Transylvania … yes, “that” Transylvania) – and they pulled in some ‘high priced help’ from the rest of Europe to assist.
The item describes the HEMA status in Romania right now, how it evolved from the original group Societas Milites Gatae  (see part of their training program here) and some of the challenges to being accepted as a legitimate sport with your government.
Axel Pettersson has some complimentary things to share about the Romanian ‘Fior di Szatmar’ effort (specifically on double hits) and Romanian HEMA students in general..

Tis Spring, and a Couples’ Thoughts Turn To …

RAVENNA 24 ORE (Italy) 12 May 17 Arti Marziali Storiche, torna a Faenza il Torneo Nazionale
The XVIII Tournament Sala d’Arme Achille Marozzo, which bills itself as the worlds’ largest competitive event HEMA in the world, happened last weekend. They had expected 300+ fighters to attend – with competitors from the UK and Germany joining the bouts to flesh out some of the (perhaps) 40 Italian groups that would be there!
“Every fight is a story in itself, some are solved in a snap , others are long dances,”

A Combat and Advancement System

IL GIORNO (Milan, Italy) 30 April 2017 Ecco i cavalieri del terzo millennio: in battaglia due volte a settimana
The 40 students of the medieval sword school Cavalieri di Ranaan get together twice a week to study and fight according to the traditions of Fiore dei Liberi. The item describes in small detail their schools rank system and the complexities of matching (and buying) the appropriate armour to match the protection required before practicing any page seen in ‘the manual’.
Some of the ‘Ranaan Knights’ were apparently training to be part of Team Italy that participated in this year’s Battle of the Nations.

I Will Smite Ye, and Smite Ye Again … and then … We Drink!

НОВОСТИ ДОНБАССА (Ukraine) 11 May 17 Дончанин О Победе Над Россиянами В «Битве Наций»
I’m of mixed minds – depending where I am and who I’m with – as to whether BOTN is really HEMA.
That said, I’m including this item in the HEMA press list because it emphasises one of those aspects of the HEMA community that most appeal to me … the comradeship.
Regardless of what is going on between the countries of the various fighters in competition, we for the most part leave the fighting in the salle. We go to HEMA competitions to practice postas, prima and Prelhau; not politics. The idea of sitting, bruised and battered over a beer with a Ukrainian, Russian, Italian and Spaniard; and having all of us nod our heads knowingly when somebody says (in badly pronounced German) ‘Zornhau’; really appeals to me.
The item does go into great detail about how our Ukrainian subject got into BOTN, and how the rules there ensure ‘fair play’ and attempt to mitigate serious injury.