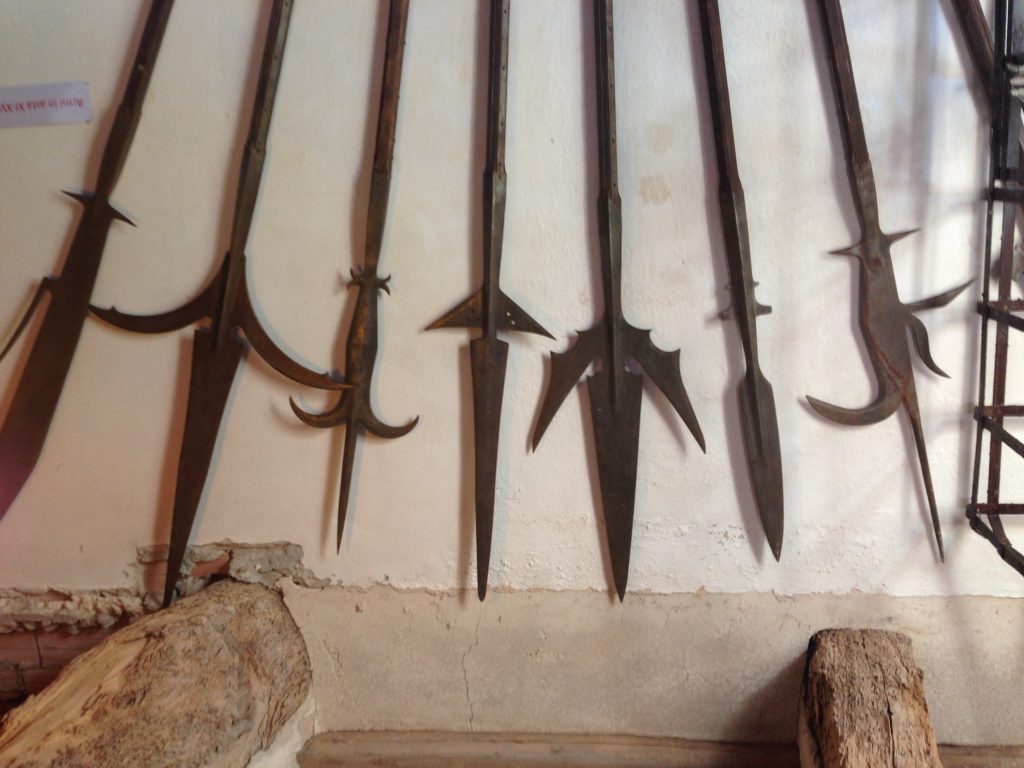 Stage combat performers and choreographers should always ask themselves the same question that magicians ask: will the audience believe this illusion?

When teaching a magic trick, the illusionist always performs the trick first, so that the student can appreciate what effect the trick should have on the viewer. When reading magic instructions in a book, the author always describes the effect first.

Here’s an example from the classic Now You See It, Now You Don’t by Bill Tarr:

Then he goes on to explain under the heading “What Really Happens” on the next page.

Here’s an example of an instructional video using the same format (and the same trick):

What Does Magic Have to Do With Swordfighting?

Making stage combat effects is the illusion of violence. The “effect” — the thing you want the audience to believe happened — is that you were really trying to hurt the other character. The “method” — the magic, the secret move that you hide — is the actual movement that keeps your partner safe.

In almost all cases it is important to understand the historical and practical use of the action you are simulating. If you want to make it look like a true katana cut, then learning some iaido or kendo will be useful. Like the card trick, you want the audience to truly believe the effect, but that has little nothing to do with the way you perform it.

So when you’re practicing the tricks and illusions of stage combat, your goal must be for an outside observer to believe the effect. Try to deliver your fight at full speed. However, there’s no need to make that dangerous or remove any of the methods we use for safety. Part of the skill is to hide those movements using angles, masking, timing and cooperation. In other words, magic.

When we start learning stage combat, we get obsessed with making an individual cut or parry or punch look correct and genuine. In order to choreograph a fight in a play or film, it’s important to speak to the director in terms of the overall impression.

It’s the same question, just on a larger scale: “What do you want the audience to believe or learn from this fight?”

When discussing the scene with a director, sometimes the question revolves around the emotional stakes:

To understand the goals of the scene and its function in the drama, have this high level of discussion with the director as part of your planning process.

Sometimes, a director prefers their fight director to do that text analysis. The director simply knows that there’s a fight in that moment, and the script gives all the necessary hints for what the fight should include. It’s your job to take over the scene, train the actors, choreograph in the way you see fit to make it awesome.

This kind of freedom is great, but it can be daunting to feel that you aren’t working in coordination with the director’s vision. If your director seems to not have the answers, or is impatient with your questions, just take the reins and make all those decisions yourself. If you’re worried, then prepare your own description of the goals of each fight and just read them to the director and ask, “Does that sound right to you?”

Some magicians do hundreds of tricks in a row. Every card that disappears or appears from nowhere is a different illusion. On the other hand, some of the most famous magicians set up a single effect for half an hour and make the whole show revolve around huge set-pieces. Your fight choreography can and should include both extremes of the spectrum. Every thrust and parry is its own illusion, but some moments deserve a big set-up and slow delivery.

The final decapitation in Macbeth should not just be part of the fight, but a carefully planned illusion.