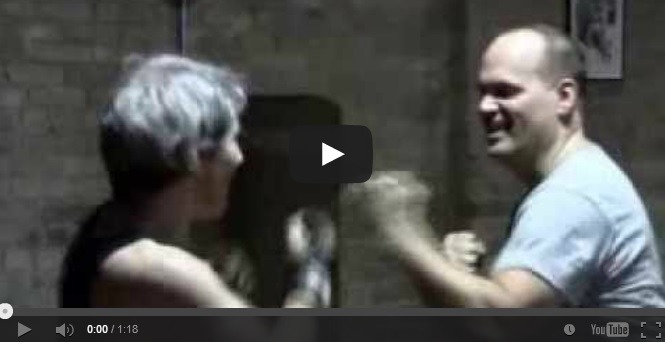 Tony Wolf, author/editor of the Bartitsu Compendium I and II, has posted some Barititsu videos from Forteza Fitness in Chicago.

From the 2012 Bartitsu School of Arms. Read Tony’s blog post regarding the sparring format and the stick choice: Bartitsu.org

Just in time for our Fight Like Sherlock Holmes week 2: Pugilism, this video will hopefully clarify the motion and function of milling your hands in Bartitsu fisticuffs.

This was further explained in the Bartitsu forum:

The first section is light recreational sparring targeting the fists, arms and torso and the second section is a drill in which only the fists and arms are targeted. Targeting the fists and arms is a “neo” (speculative) adaptation of the traditional mill, based on Barton-Wright’s comments that “as to boxing, we have guards which arenot at all like the guards taught in schools, and which will make the assailant hurt his own hand and arm very seriously”; also the comment about a “guard in boxing on which you will hurt your own arm without getting within his distance”.

We’ve interpreted that as implying rolling/folding elbow parries which can either deflect or intercept the attacking fists depending on the exact angle of impact, as well as punching into the fists and arms. Alternative interpretations include retreating from the opponent’s punch while striking into his attacking arm, which is not shown in the video compilation.

Aside from the mill’s tendency to disguise the timing of a punch and keeping the arms loose, there’s a third application that’s a bit hard to describe; basically, that it can be mechanically easier and sometimes faster to adjust an action that’s already in motion than to initiate an action from stillness. You’ll see some of that in the video above. In that the mill is an almost constant pattern of motion, punches and parries tend to emerge out of it with considerable fluidity, as for example the downward/inward rolling action of the left arm converts into a folding elbow block or the upward/outward action converts into a left-lead punch.

We are now holding Bartitsu classes twice a week. If you are a current student, or have taken the Introduction to Bartitsu class at Academie Duello at any time in the past, join us on Wednesday evenings 8pm-10pm for a second Bartitsu class every week. I know at least one person who was unable to ever attend class on Saturdays, who would come to train on any other day of the week if it was available. Well, now it is.