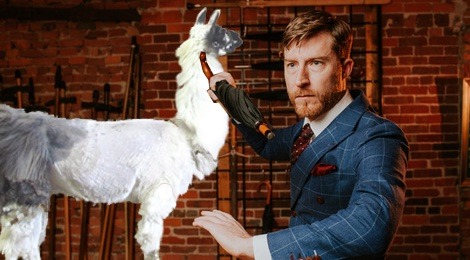 As a public service to those who read my blog, but don’t visit every other Bartitsu source, I like to offer a digest of recent Bartitsu-related content from time to time.

The first article, The Original BJJ: New Discoveries and Speculations re. the Submission Grappling of British Jiu-Jitsu, is a longer piece for those with an interest in the jujitsu practiced in Bartitsu and the japanese gentlemen mentioned in so many Bartitsu sources. This article summarises, and presents some recent research into the origins of the “mixed styles” submission grappling matches that took place in London circa 1900. The term “British jiujitsu” is sometimes used to describe the eclectic blend of jiujitsu styles that were introduced to England (and thus to the Western world) at that time, by pioneers including Bartitsu Club pricipals Edward William Barton-Wright, Yukio Tani and Sadakazu Uyenishi.

The New Art of Self Defence (St James’s Gazette – Tuesday, 18 April, 1899), is a direct quote from a newspaper that is more of an announcement or advertisement about the Bartitsu Club.

In The Art of Self Defence (Illustrated London News, Nov. 30, 1901), Tony again quotes without commentary a short newspaper piece reporting on a Bartitsu demonstration.

Finally, “Geek duchess Felicia Day recommends Bartitsu for fending off llamas” links to an interview in which the talented Ms. Day mentions Bartitsu because she was fascinated by it when I was training her in dagger fighting. Why did nobody tell me about this interview?

Here’s the link to the interview itself: Felicia Day on Being Weird, Hard Work and Women in Hollywood (Skip to 4:00)

By the way, I have never called myself a “professional umbrella fighter”, nor have I ever met a llama.

Other Links of Interest

Some decent advice, but not historical Bartitsu: Umbrella or Cane versus Knife or Baseball bat. There are more articles of a similar style at Self Defense Tips

You can now find Historical Savate on Facebook: https://www.facebook.com/la.savate.en.heritage/