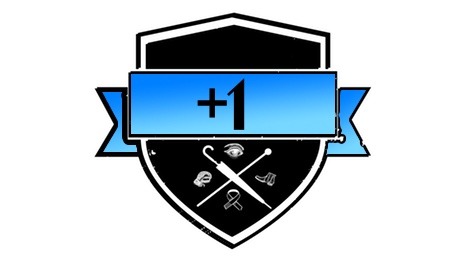 The first rank exam a student of Bartitsu faces is to test whether an apprentice who wears a green sash is ready to progress to the scholar level and wear the blue sash. We hold this evaluation every four months or thereabouts, and a Bartitsuka must have at least three months of instruction to qualify for the exam.

The three-month minimum is not arbitrary. There are four basic lessons in each of our four component arts, including the fundamental lesson that everyone learns to earn their green sash. Therefore, a student must actually see all of the lessons to even think about testing, and many students require at least a few extra sessions in order to practice enough to pass.

The rank exam itself is not a recitation of all the techniques and lessons. Instead, there is a demonstration portion for a selection of those skills. Some skills are demonstrated solo (pugilism, savate, cane), while others are demonstrated on a cooperative partner (jujitsu).

The second portion of the test is to choose the correct response to an attack. The common attacks are; a grab to the wrist, a rear choke, or a punch to the face. The student has the choice of how to respond, but they must do so appropriately.

The third part of the examination is the sparring component. For three minutes, the Bartitsuka will face off at a slow pace with protective gear in each of the following scenarios: collar-and-elbow wrestling, kickboxing, and stick fencing. The goal at this level is not to win or even score hits. The student is evaluated on the number of techniques attempted and the quality of the attempt.

The final part of the exam is a two-part question:

The next rank exam will be on November 18, 2016. Leading up to the exam, we will review many of these concepts and refresh those lessons we haven’t seen in a while. For those students who are not testing this time, the classes are a valuable time to integrate previous knowledge in new scenarios and to review and clarify what they’ve seen before.