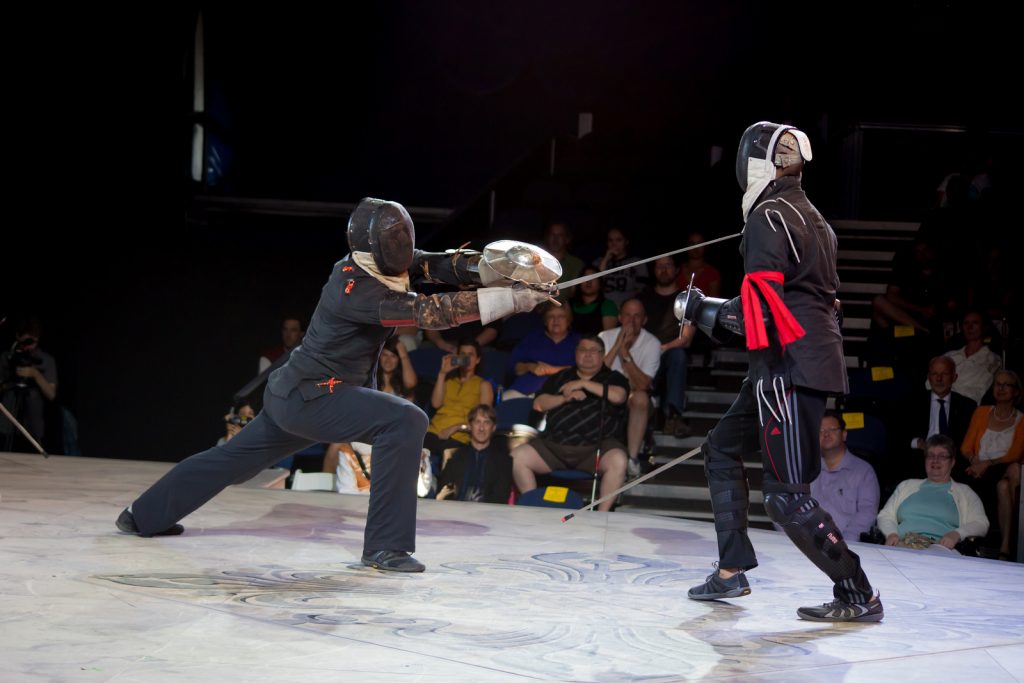 The route from learning a new skill to pulling it off in combat is not a simple process. Though you can take many skills immediately into combat and make some progress, it is more effective to follow a formal process that targets the skill in a focused manner at each stage of its development.

The goal at the mechanical stage is to build the initial motor program and create the ability to execute it in simple contexts.

Stimulus – A cued reason to conduct the technique (i.e. seeing an opening cues an attack and being attacked cues a defence).
Consequence – When you do your technique right, your objective is achieved. When you do it wrong, a clear negative outcome occurs (for example, if you fail a parry you get hit).
Choice – Tactical situations, like combat, require that you constantly assess and respond. Adding multiple stimuli adds to complexity and brings you closer to a full combat environment, while allowing you to still target new skills.

Techniques should be brought into a tactical environment of increasing complexity to help integrate them into your overall strategy.

When you can reliably fit a skill into a tactical framework in drilling, it’s time to open up the tactical environment to be more free-flowing.

Sparring is the environment where you see how things are going and determine your training plan for best improvement. Trying to practice and improve a skill in combat tends to be less effective than practicing it through the tools given in previous stages. The number of repetitions of the target skill in free-form combat tend to be significantly lower and thus improvement is slower.

The Academie Duello June Instructor Intensive is nearly half-full. Join practitioners from all over the world in Vancouver from June 20th to 24th for 50 hours of both technical instruction and teaching methodology training for the rapier and longsword. The program is open to both students and instructors.