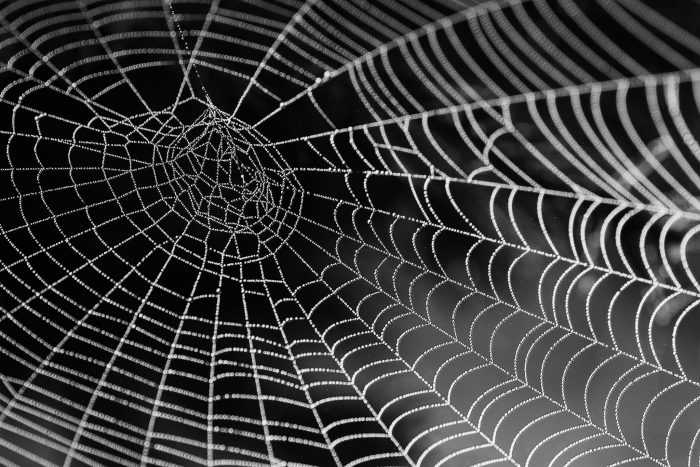 I was slow-sparring with a new student the other day and there was a moment a few minutes in where I struck them with a slow thrust to the face. Just before getting struck they leapt back and tried desperately, and very quickly, to try to beat my sword away. Afterward they exclaimed, “you sped up”, claiming my infraction, while ignoring their own. Did they assess the situation accurately?

This post by Academie Duello Maestro, Devon Boorman, originally appeared on PathOfTheSword.com. Visit to read more great content on swordplay, training, and the journey of mastery.

What actually had occurred is that my sword had been in a place that they did not expect. When the threat of my sword became apparent to them they had to resolve the dissonance of where they thought my sword was and where it was in reality. This gave them the feeling of things moving very quickly.

This kind of rude awakening happens all the time in full speed combat. The more focused your perception is on one thing—like getting around your partner’s defenses — the harder it becomes to take in all the other information. In fact, often the problem is being able to process the information of combat fast enough to not just make sense of it, but to truly be able to see it at all.

Combat perception is a skill like any other and it’s important to develop it along with other more technical abilities if you want to truly master sparring.

Like in learning a language there is tremendous value to immersion. Putting in lots of time sparring and drilling with a diversity of people. The important thing is that you must do this with your eyes open.

I have known many people who have spent years and years fencing and yet have never truly observed their partners. Their answer to the often overwhelming combat environment has been to essentially ignore the opponent, execute on a series of actions blindly focusing purely on their own body and its intentions, and hope for the best.

This hope-for-the-best approach requires significantly less effort and in many ways is less stressful—there’s a lot less to manage. Whereas, trying to make sense of the chaos of combative movement is challenging! Especially early in your training.

To open up your perception you need to reduce the stress. Stress tends to narrow one’s focus and reduce the creative and observational aspects of the brain. You can reduce combat stress and, in time, acclimate yourself to more stressful situations in a number of ways:

As you build greater awareness and abilities in these restricted venues you’ll find that you can manage faster speeds and more parameters with less stress and have a greater presence and perception in your fighting. If you’re trying to build perception just through full speed fighting you’re likely to progress significantly more slowly, if at all.

If you can’t remember what happened after a sparring bout you may lack the skill to truly see what’s happening during a bout. Memory requires that you be able to define the pieces of combat.

The reason that a professional dancer can quickly learn and repeat a complex piece of choreography is because even a long dance piece is perceived as a series of known and defined “chunks” of movement. This allows them a shorthand: the “inside turn” goes to the “grapevine” to the “glide.”

Jargon can feel impenetrable at first but devoting even a small amount of your time to memorizing the technical vocabulary can have a tremendous impact on your ability to see what’s happening when you fight.

Reducing What You Have To See

Part of what makes it easier to see what’s happening in a fight is both knowing and controlling where you need to look.

Good tactical fighting reduces what you need to pay attention to. The goal of a good attack is not just to hit a target but to box your opponent into a corner where their only escape runs them into your weapon. Good attacks force an opponent to defend themselves in a particular way (on a particular side, from a particular direction, etc.). In this way you no longer need to be open and paying attention to every possible response from your opponent, as there are really only a very small number of options and generally only one good one.

In Duello Armizare I teach this through the concept of stringere (constraint) which is the physical placement of your weapon to close off options, present threat, and create predictable and controllable escapes for the opponent. In this way you don’t need to devote as much attention to “what” the opponent is going to do, that’s predictable, you only need to pay attention to the when (and that can be controlled, too).

Sizing Up An Opponent

Once you can reliably see, understand, and recall what’s happening in a fight physically, you can begin to devote some of your attention to perceiving the likely choices an opponent is going to make based on their psychology and strategy.

This is a topic we’ll explore in great depth later. For now I recommend building both your technical and your verbal capacity in the art. What you can describe you can recall and what you can recall you can plan for. The ability to plan is a fundamental building block in strategic and tactical thinking.

Check out our complete Fundamentals course series for both the Longsword and the Rapier on DuelloTV, where we give all of our foundational technical and strategic language that the Duello Armizare system is built upon. It comes with handy retention quizzes and even complete practice notes! This material can be watched and watched again—its importance will never diminish. Every improvement in the building blocks of fencing will strengthen the swordfighter at every stage. Enjoy!