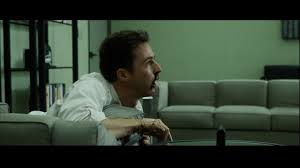 You want to get action hero roles, so you’re going to audition. There are two types of audition in today’s industry for a casting director to get a first look at you: a live audition or a taped one.

This week, we’ll discuss the difference between a taped audition and a reel, and some tips for live and taped auditions to get you the action hero role you’re aiming for.

You should know in the first place whether you’re an actor or a stunt performer. If you’re looking to do stunts, then the process of getting jobs will be a combination of teaming up with a stunt coordinator who will hire you, and having a good stunt reel. You will likely not audition. If you wish to apply for an acting role, however, you may still make use of a stunt reel, but proper preparation for auditions (both live and taped) can give you that edge that will help you make the cut.

What you do in an audition is not the same as what is expected of a stunt reel.

A stunt reel is a highlight video or compilation showcasing your skills and expertise. Those skills may include stage combat, stunts of various kinds, and acting skills from previous jobs. It should be well edited, and you won’t customize it for each job opportunity.

You’ll send your reel with your résumé as a first step towards being considered for a role. If you don’t have a reel, don’t worry, you’re still likely to get an audition on the strength of your résumé and headshot.

If you’re a stunt person, put together video of as many different skills as possible, showcasing your versatility. Don’t worry about including acting scenes.

If you’re an action actor, include acting scenes (preferably from professional credited films), and intersperse some well-filmed simple action shots, such as:

If your camera can shoot at a high frame rate, slow motion is awesome for action shots.

Casting Directors for film will often broaden their search in order to find the best performer regardless of where they live, so they can’t hold auditions in person. Instead, they’ll ask candidates to film themselves performing a scene provided.

Remember to put YOUR NAME on the file you send (not the project name).

Prepare. Try to memorize, but if you don’t have time, at least be familiar with the flow, and your choices (when to pause, when to raise or soften your voice, when your character makes a discovery…) Read and follow the advice in Audition by Michael Shurtleff.

There is no shortcut to performing a scene well. I hope you’ve taken acting classes and auditioning classes. However, here are some non-acting tips that may help you:

First and foremost, if you’re going to show off your practiced combat skills, they must be smooth and precise. It is always better to keep it short and do it well than to do something longer that is mediocre. Be honest with yourself and only show them your best stuff.

What is your best?

Don’t do things you’re not an absolute expert at. If I asked you to do a jump with a mountain bike for your audition tape, would you risk your personal injury for no compensation having never done that before? I hope not.

Join us for the 60-hour Fight Directors Canada certification course in January. It’s called Combat Acting and it’s an intensive--which means that from Monday January 19th to Friday January 30th, you’ll learn stage combat from 9am to 5pm. At the end, you’ll perform three scenes, with sword, quarterstaff and unarmed choreography, in front of a Fight Master.

Your action-actor résumé is incomplete without this national certification, and the skills you will learn are just the kind of thing that belong on your stunt reel!