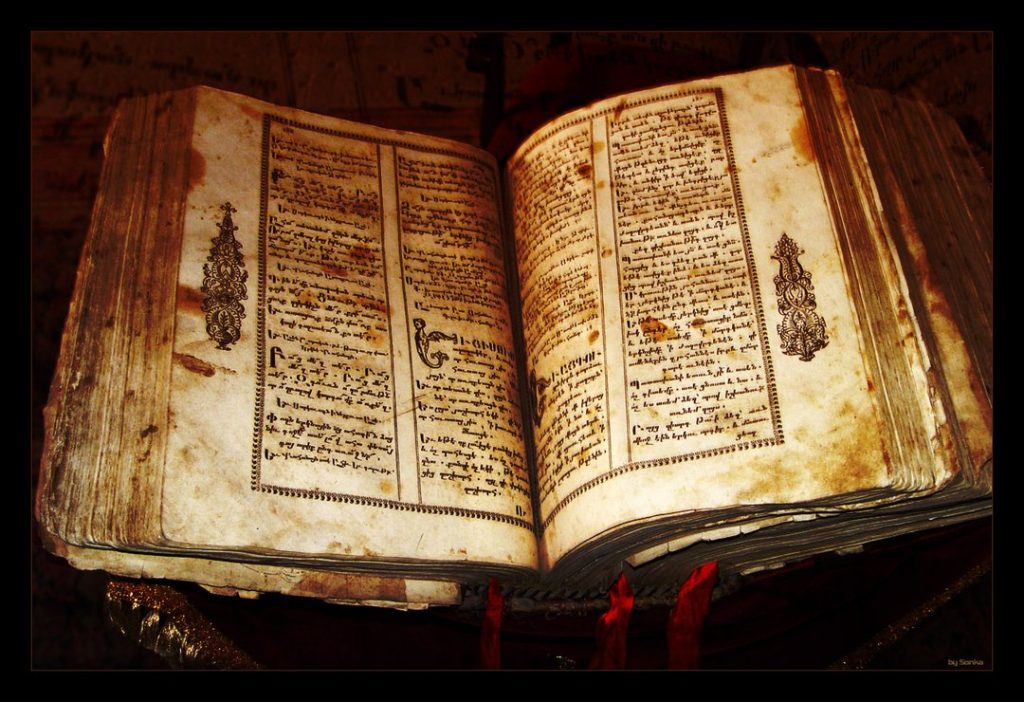 I began my practice of Historical European Martial Arts (HEMA) without any personal connection to its original historical sources. My real connection was to movies and stories of swordsmanship. I had musketeers and knights running through my mind when I first connected with a group training in rapier fencing. Yet, what I really connected with was hitting other people with swords. My prior martial training involved mostly simulated strikes and padded or rubber versions of the weapons. I never felt that I really knew if I was doing the techniques correctly, nor did I get the visceral thrill of being hit or winning at a bout.

It was exhilarating to really be fighting. I loved my successes and worked hard on my failings. I was connecting with the modern sport of sword fighting (at least in its proto-form). I didn’t start to dig into the true historical roots of the arts I was practicing until many years later.

It was 2002 and I had just spent a year travelling around North America fighting, teaching, and competing in tournaments. Though this was pre-HEMA (the term had not yet been coined), I was involved in events with as many as 120 competitors, including many who had been practicing for 20 years or more. I had a very good year, with more than a dozen tournament wins under my belt.

I had fought hard, reached a certain peak of success, received ample rewards, but then felt completely deflated. I couldn’t get my fire going again. Proving myself in the arena had been the source of so much energy and vigor, and then suddenly it was gone. What was next? Where did I go from here? What did this art really mean to me? Did it matter to do anything more?

Up to this point, my passion had largely fed me. I had never had to feed it before. Fortunately into this void, thanks to a few mentors and friends, I discovered some new ways of looking at my art that gave me a renewal that has lasted to this day. I began to investigate both the martial and the historical part of this pursuit and to realize something more lasting than simply competitive success.

I had spent time mining some of the original manuals for tips and tricks to help me be a better fighter but now I had found an interest in understanding not just how they could add to my fencing but what their system was both for fighting and teaching. As a young man, I was enamored with how I could do things better than anyone before me, but as I gained a little bit of wisdom I started to connect with the idea of standing on the shoulders of those who had come before.

Who better to teach me about living and dying by the sword than those from a time when this was a reality?

I cannot recommend enough what can be gained from reading and then re-reading these old tomes on swordplay. I, personally, started with Di Grassi (it was one of few manuals available in English at the time) but as translations developed, and my own reading ability in Italian, I branched to works by Ridolfo Capo Ferro, Salvator Fabris, and Fiore dei Liberi.

Even if you have a focus on a particular tradition, there is much to be gained by reading works from other backgrounds. German medieval texts have helped me immensely with my understanding of their Italian counterparts, and tracing thoughts around duelling from throughout Europe has greatly expanded the depth of my knowledge of the rapier as a whole.

I recommend Ken Mondschein’s translation of Agrippa as a good starting point. Ken’s introduction to the cultural environment of 1500s Italy followed by Agrippa’s work are great ways to get grounded both in historical fencing and thought.

Before I read any fencing manual cover to cover, I read The Book of the Courtier by Baldassare Castiglione. Published in 1528, the book imagines a dialog that takes place in the court of Urbino between some of its most influential members. It is at once an instruction manual on how to be a Renaissance courtier and a history lesson.

It’s not only entertaining to understand the world from which much of historical swordplay came from but it is also enriching of that study. Culture plays a significant role in both technique and practice.

Here are a few contemporary and modern works that I recommend for giving you a broader view of the world from which HEMA emerged:

Connect with the Artifacts 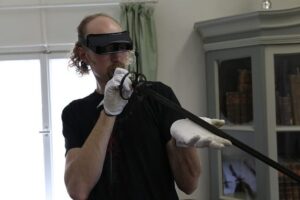 Here is a picture of me holding a rapier at the St. Annen Museum in Lubeck, Germany.

I was taken there by my friend and colleague Roland Warzecha to view their private collection of arms. Having an opportunity to not only see but handle historical swords and armour is at once inspiring and informative.

Almost any time that I have travelled I have endeavoured to get hands-on interactions with historical pieces. I want to know what the world of my forebears was like in a much more tactile sense. Engaging with HEMA as a sport is far different than imagining what it was really like to wield a sharp blade, weighted and balanced for doing its job, in earnestness.

In Winter 2009, I was sitting in the JP Morgan Library in New York with an original Fiore manuscript under my fingers. This was one of the most moving, humbling, and spiritual experiences I have had as a practitioner of these arts. It topped winning any tournament or receiving any accolade, and was an entirely internal experience. To know that this was a manual that had been touched and read by sincere users of these arts 600 years before, that it was wrought by hand (perhaps Fiore’s), and that it had endured to this moment. It was magical.

I hope this story offers some inspiration to others to seek a deeper connection with the arts we all hold dear.