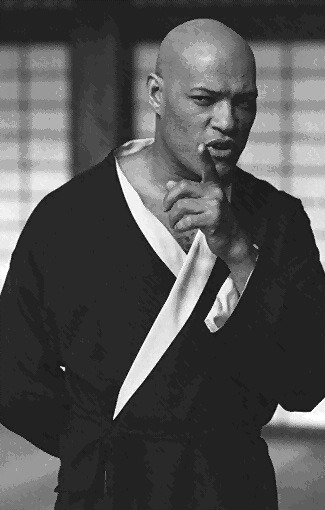 Do you get stage fright? Have you ever delivered a performance, and thought that the audience hates you?

Today, I want to remind you that it’s not about you. It’s about the performance.

The audience isn’t judging you.

Think about a clown. Laughing at a clown is not insulting to the clown. You’re not laughing at the performer, but at the performance. A successful clown trips on his shoes, rides ridiculously on little tricycles and is surprised by ordinary human behaviour. Nobody in the audience thinks the performer goes home on a little bike or trips on his giant shoes in real life. The performer is judged for how perfectly he performs “clown”, not whether he IS a clown.

You may be an excellent fighter, and that’s a great start for playing a character who fights. But you’re as close as a clumsy guy who wants to play a clown. The challenges of playing a character are not really the issue here. The fact that your kick missed or your character doesn’t block an obvious strike does not reflect on your fighting skills because it’s the character who failed, not you.

These questions come up in choreography a lot: “Why don’t I immediately attack in this moment? Why would I block with my injured arm when I could easily use my other arm? Why am I leaving myself open for the killing strike?”

It can feel like a blow to the ego: I am a great fighter, and I can see that there’s a better move in this moment, why are you asking me to perform badly?

The answer to these questions is the same: because you’re not in the fight, your character is in the fight. You have a privileged position of slowly learning each movement within the fight. If you have any experience sparring or competitive fighting, you know that your plan may be thwarted the moment you begin a combination, the opponent may not be deceived by a feint, or you might be caught by a trick.

Compare the boxing in Rocky or Raging Bull with any sport boxing match like Ali vs. Fraser. Really investigate those moments when the tide turns or the tension increases for the viewer. Great fighters get hit, and great fighters lose.

We spend a lot of time perfecting our martial skill. One additional skill that a great stage fighter must develop is a variety of ways to make believable mistakes in any fight. Here are some ideas:

The important thing is to practice these character weaknesses every time you practice stage combat. Not only will it keep you humble, it will make you a better performer for those moments that happen in every fight.