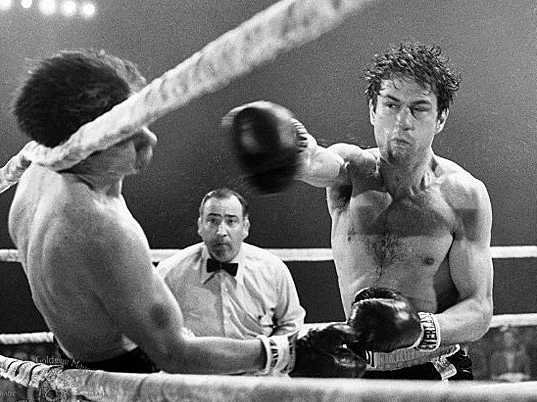 What do we mean by “Method acting”? Here’s part of what Wikipedia has to say:

Strasberg used the term “Method” to describe his philosophy of acting and his techniques of training actors, which built upon some of Stanislavski’s early ideas. Strasberg’s method is based upon the idea that in order to develop an emotional and cognitive understanding of their roles, actors should use their own experiences to identify personally with their characters. The method uses techniques to reproduce the character’s emotional state by recalling emotions or sensations from the actor’s own life.
— https://en.wikipedia.org/wiki/Method_acting

In common use, the most important feature of the Method is that the actor uses his own experiences, especially connecting to the emotions stirred up by remembering them, to connect with the character’s experience of something similar.

I think you can do this for certain feelings, but other things you have to imagine and some things you can only imitate. For example: dying. Unless you’ve been in a life-threatening accident, you will never know as an actor what it feels like to die. Similarly, I don’t think it’s particularly healthy or necessary to know what it feels like to try to murder someone. But both of these sides are at play in almost every sword fight.

Some adherents to the Method are afraid that without the emotional connection of shared or similar experiences, all characterization and acting will be empty. But connecting with a character can happen without the Method.

When I played the Samurai in Rashomon, I fell into a deep depression. During the course of the play, in which a story is retold from different points of view, my character was in various scenes murdered, betrayed and murdered, betrayed and committed suicide, and died by incompetence. I’m not a Method actor, but I can tell you that to explore the various humiliations of that role in night after night of performances brought me to such a low point that I called my stage combat mentor, Daniel Levinson, for counselling. I was completely destroyed, crying, and couldn’t deal with it. He reminded me that it’s a good thing to connect so strongly with my character, and that the run would be over soon, and I’d be back to a happier role.

The Illusion of Stage Combat

It is important that your character choices continue through the performance of fight scenes. You do not suddenly become the perfect choreographed sword-dancer and then resume your acting after the violence ends… unless it is clearly established that your character is some kind of killer-prodigy who goes into a trance while fighting, as seen in Serenity, for example.

Recall that at Academie Duello, we use the term Illusion of Violence. There are many ways to perform a certain trick or routine in magic. In fact, the performance elements are what define many magicians. They may be performing the same routine composed of the same tricks, but they maintain a certain character while performing.

…to Penn and Teller’s Cups and Balls:

The critical thing is that the palming of the balls, the ditching of the balls off the table, the loading of the balls under the cups, and all the other illusions are all practiced with precision and diligence to make sure of two elements:

We recognize these principles as the foundation of stage combat:

Permit me to drive the point home. Learning the skill of palming a ball does not feel natural. Remembering to turn at just the correct time to mask the loading of the big ball is not a character choice, it is necessary to the illusion. Everything that is magic is practiced robotically and exactly for weeks or years… but performing robotically is not the goal. Those actions are to be moulded into a naturalistic performance that is unique to the illusionist and entertaining to the audience.

So, while learning the illusion of violence, don’t worry about your Method. You’re not really learning an acting skill, but the separate skill of magic. Your acting method will be combined with the precision and skill of stage combat until your transition from dialogue to fight scene is invisible to the audience, just like the blood-pack you’re palming for the big kill.

A well-rounded actor uses several different approaches based on what is appropriate for the role and the type of show. If you only study method-acting, performing stage combat will feel very artificial and your partners will find you dangerous.