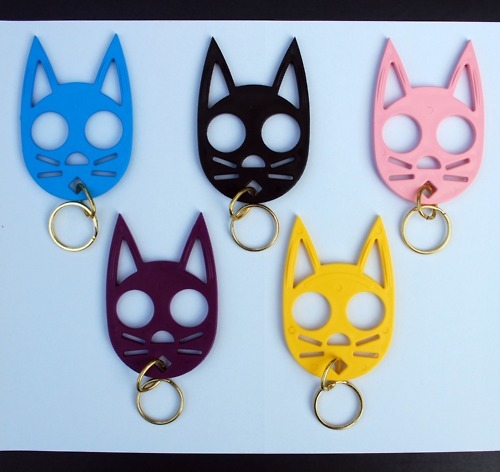 I recently had a discussion on social media about this particular item:

They are a kind of cutesy self defense device being marketed to women.

Now, these are stupid, illegal, and unlikely to even offer an advantage in a self defense scenario. Not only that, but they are explicitly sold as a weapon, and therefore would probably mitigate any claim that it was not carried as such in court (at least in Canada, where intent is the rule). Part knuckle duster, part push knife, 100% monumentally stupid.

This is a shortcut, and to many lay people it seems like a smart one. There’s another problem, though, apart from this being a particularly stupid choice: when it comes to preparing for life and death scenarios, if you set yourself up looking for shortcuts you are immediately entering with a self-defeating attitude.

This is true in training as well. When people seek out the “easiest” or “fastest” routes to fitness they miss the point, and set themselves up for failure, because real lasting change is neither easy, nor is it fast. It is in fact incremental, frustrating and sometimes boring. This is why I generally avoid those single sheet bodyweight exercise plans like the plague, particularly the ones based on movies (which bear no resemblance to how the actors got in shape for their roles). Results are based on effort and commitment. In the words of Ron Swanson, “Don’t half ass two things; whole ass one thing”. This doesn’t mean you shouldn’t start with something achievable like 5 minutes of exercise a day, it just means that when you decide to do that you commit wholeheartedly.


The thing to tell yourself is that it is worth the effort. If you don’t believe that then why pursue it in the first place.

Give things the time and effort they deserve and don’t look for shortcuts, because most short cuts are just dead ends.