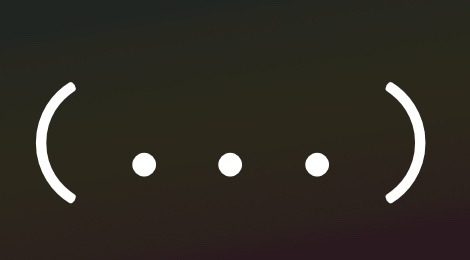 Recently, the most effective tip I’ve been giving actors again and again is “take a moment”. It’s very easy to go to the next move in the fight choreography. However, there are important times to pause for effect.

You shouldn’t build a pause into your performance expecting that the audience will laugh. However, you know where the jokes are. An actor must pause for laughter or applause, sometimes mid-sentence, because if they continue speaking, the audience won’t hear their next line, which may include another joke, or some important plot information. It also teaches the audience very quickly that they shouldn’t interrupt, react or participate. If you like your jokes to elicit laughs, be ready to stop and enjoy it.

The same is true of applause. If you’ve ever watched a circus or other physical performance, the acrobats frequently hold their bodies still, either in a difficult position, or just after a complicated motion. It gives the audience space to applaud. A complicated or difficult movement may be impressive, but without a pause, the audience keeps holding their breath. They want to appreciate the performance, but they don’t want to interrupt.

In stage combat, we sometimes have virtuoso movements like those acrobats, and pausing or posing at the end of a complicated sequence may be appropriate to punctuate the phrase and give room for applause.

More frequently, we need to pause for character reasons, which boils down to suffering. Show us, for every injury:

It may seem like it will extend your fight forever to pause after every hit and ruin the flow of your fight, but the pain of the pause always pays off for the audience reaction and the realism and effectiveness of your fight.

So, if you insert a pause to show the audience the victim’s suffering, why is the attacker not continuing to injure them? It’s an acting question (“What’s my motivation?”). There can be many answers:

Whatever you decide to do as the attacker who just successfully hit them, keep it subtle. You want the audience to focus on the victim. Don’t steal their spotlight by overreacting, unless your director wants that attitude for the scene or for technical reasons.

One of those technical reasons may be loading a blood-pack.

Don’t lengthen your pauses unnecessarily or exaggerate your reactions. You’re a bad judge of how long a pause should be. Listen to your director about taking more time or less time for any given reaction moment.

The art of the pause is not an easy thing. Actors, especially in comedy, are praised for their great timing. Timing is another word for knowing how long to pause, and good judgment about when to pause. It takes a lot of practice with smart scene partners to manage it in dialogue, and may take just as much finesse within fights.

Practice acting the pause as much as your actions in your fight rehearsals, and you’ll discover the depth of your fight and new character insights that your audience will applaud.