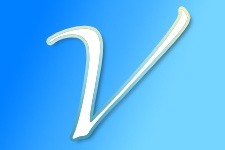 Mastering a physical skill is a long process. Although most beginners need to learn the fundamental movements and the terminology to identify them, there is a constant development at all levels of general traits and valuable “soft” skills. Despite the lack of attention given to these virtues, they are universally acknowledged among the best performers.

What are the traits or virtues that lead to better stage combat performance?

Lists of virtues are hard to remember and implement. I’d suggest the following synthesis:

Match each letter with a number

1. Outside genuine appearance of…
2. Control the precision of…
3. Endurance for effort of…
4. Memory and replication of…

a. Muscular-skeletal skill
b. Mental intent or character

Pick a skill or virtue to develop each class and each week of training. Write it in your training log to remind yourself what you’re really working on while learning a new movement.

Skills are Not Enough

Whether you’re naturally gifted at physical feats or you’ve devoted hours every day to developing your craft, it’s nothing compared to the deeper skills you need for mastery. When performing alone, perhaps you can get away with pure skill. But when performing with a partner, under the direction of a design team, and for the entertainment of an audience, those virtues get you through.

You can always learn a new skill. For some shows you’ll invent new skills to wield fantasy weapons. But what will remain constant, and what your coworkers will praise you for, are these virtues that also need practice.

In January, you can join our Intro to Stage Combat to get the fundamentals and then join our ongoing stage combat class. Choose Tuesdays 8-10pm or Thursdays 8-10pm.

Also in January, sign up for the Fight Directors Canada Basic Certification course, called Combat Acting. You don’t need any prior knowledge, but it’s designed for professional actors, so being able to memorize lines and understand basic stage-craft will be taken for granted. That’s Sunday through Friday for three weeks, 1pm-5pm starting 10 January.