Somewhere following, there are three items that are not necessarily ‘HEMA-heavy’ as they are reflective of some assessments of why people undertake martial arts … including swordplay in various forms. We have one Chinese assessment of what HEMA is, and a Ukraine piece describing how various celebrations of martial arts disciplines can contribute to a deeper understanding of various national cultures. Last, from Russia, what would inspire a woman to consistently step into an axe and falchion dominated ‘bohurt’ to mix it up with her larger peers … of both sexes?

A Prairie Hotbed of HEMA?

WETASKIWIN TIMES (Alberta) 09 August 17 Crossing swords at the Heritage Museum
The Wetaskiwin Chapter of the Academy of European Swordsmanship held a HEMA presentation at a local heritage museum, introducing a new group of young people. After a short talk about what HEMA is and a ‘touch-and-heft’ event, Chapter head Alex Arapov and a peer conducted a live, full contact demo for what appeared to be an engaged audience. “We were also looking to plant the seeds of curiosity.”
“Everybody is welcome to join and try.”

We’re All in This Together

NEW YORK POST (New York) 13 August 17 These people are learning to sword fight like warriors
Sword Class NYC is a unique establishment amongst the ten-ish HEMA groups within their area – they comfortably host two HEMA and two Asian-swordplay groups under the same roof. The article spends some time revealing how a selection of men and women in the establsihment came to their swordplay interests (mainly video games apparently, with some GoT influence) before the author concentrates on how Sword Class NYC members prepare themselves to participate in one of the regional Armored Combat League competitions.
The item ends with a nod to HEMAs influence on video gaming, that the art is driving game designers to attempt more accurate representations of armoured combat within their stories. 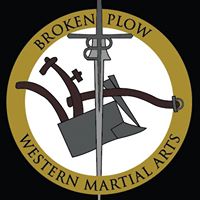 VALLEY NEWS DISPATCH (Tarentum, Pennsylvania) 29 July 17 Medieval sword fighting alive and well in East Deer (Mary Ann Thomas and Matthew Medsger)
Ex-Marine Josh Parise was looking for a post-service martial art with which to occupy himself and keep fit (as should we all) and decided to form the German-style, longsword academy of Broken Plow Western Martial Arts six years ago. And they practice in a former church.
Of note, the authors assert that there are about 58,000 HEMA practitioners in the USA right now.

SCHWÄBISCHE ZEITUNG (Ravensburg, Germany) 31 July 17 Hieb- und stichfest mit Buckler und Mordaxt (Klaus Weiss)
The HEMA demonstrations within the Hohentwieler Klingenkunst practice the swordplay of 1250 to 1500 – and on this weekend they featured sword and buckler, dagger and long sword.
Supporting the four practical demonstrators were six ‘academics’ (probably also practitioners) who spoke on their specific interpretations of medieval fight books.

A Legion of Practitioners

ТВ-Экспресс (Panza, Russia) 05 August 17 Как научиться фехтованию на мечах?
A short expose’ of how the Russian HEMA group The Legion “ЛЕГИОН” goes about their business and fits into the overall European swordplay community. Physical fitness and camaraderie are emphasised … as is the uniqueness of the discipline as a hobby.

01線報 (Hong Kong, China) 01 August 17 什麼是HEMA？誰的史實？哪裡的武術？
This is a unique piece, a Chinese interpretation of what HEMA is, and how its study and conduct compares to better known Japanese and Chinese martial arts. Interesting notes are the authors contention that HEMA runs from the medieval through to industrial eras; that the diversity within HEMA is rich and complex, and that – unlike oriental martial arts – HEMA competitions emphasise the requirement for defence vice just making a good hit. The item is also of the opinion that events such as the Russian M-1 ‘medieval combat’ and similar heavy armour, fully-contact programs are not ‘really’ HEMA disciplines, though they may be heavily influenced by HEMA traditions.

VERGE (Zaporozhye, Ukraine) 22 August 17 «Запорожский СПАС» — три дня ярких эмоций
The city of Zaporozhye celebrated their XXI International Festival of National Military and Traditional Cultures, and show cased about 25 different martial arts from around the world.
Discussion panals featuring presentations by martial artist, politicians, scientists and philosophers, et al, and discussed the place of martial arts within society as a necessary tool to support the understanding of a country’s sport, education, cultural history … and that it is desirable for a nation to have a “national fighting culture of the people” (in Ukraines’ case, one based on the Cossack traditions).

УЛЬЯНОВСКАЯ ПРАВДА (Russia) 19 August 17 Ульяновец Познакомился С Железной Леди
Meet Daria Khaimovich.
Fight Daria Khaimovich.
The item speaks to DOCTOR Ulyanovets’ motivation to participate in full contact, hand-to-hand armoured combat and to the resulting experiences. Interesting points include:
– Fights between women might seem boring to some, but they’re more … “cruel”;
– Her armour was a wedding gift from her husband; and
– The couple that melees together, stays together … if one of you don’t do yourself a damage tripping over the other.

Please note, the opinions expressed above are Our own and do not reflect the view of the Academie Duello.