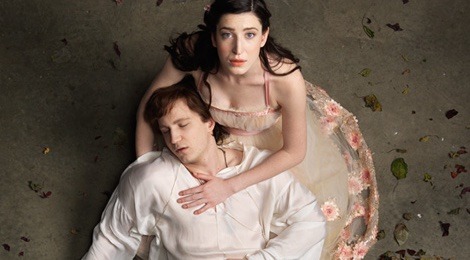 At the top of the year, I was approached to be the fight director for Romeo and Juliet at Bard on the Beach. Kim Collier is directing the play, and liked my work on her Hamlet two years ago. I was very proud of our results in that play, and was eager to put some of my ideas about R&J to the test.

Romeo and Juliet is not only the most produced of Shakespeare’s plays, it also has mandatory swordfights. All fight directors have stacks of R&Js on their resume. The great thing about theatre is that every show is different. And with Shakespeare’s poetry, you can always find new interpretations of little lines and entire characters the more you hear it and work with the show over time.

One of my pet theories is that Tybalt is mocked by the Mercutio as being “prince of cats” because he carries a rapier that is longer than anyone else’s. A longer reach makes you a deadlier opponent, but it also means that its sharp tip is close to the ground when you carry it on your belt. So Mercutio is elaborating on an inside joke, saying “I bet he kills a lot of rats and mice with that sword while he walks around. He’s a rat-catcher! He’s prince of cats!”

And if you subscribe to that theory, then that has major implications for your sword fight choreography. Not only will Tybalt fight differently than anyone else, but anyone who fights him will have special concerns about his reach. When everyone uses the same weapons, fights can feel repetitive, so I recommend finding good reasons for your characters to have distinct fighting styles based on their unique weapons, physical abilities, or goals.

I won’t ruin the surprise for this show by describing the moments that we’ve orchestrated, but part of the excitement of the process is discussing our views about the show in the weeks leading up to the first rehearsals. I had the opportunity to train the cast in a few short sessions before rehearsals started, which is always advantageous. In early May, we began full-time rehearsals, and this entire month I’ve been double-booked almost constantly.

Working at Academie Duello over the past several years, I’ve gained more direct experience with Italian rapier and longsword than I could have in any other school. Romeo and Juliet is set in Verona and although Shakespeare never mentions dates, they talk about their rapiers in several scenes. So, it’s the perfect play to explore stage combat in the context of genuine rapier combat. However, the joy of choreographing unique characters is that although they may be trained (Tybalt “fights by the book” and “keeps time, distance and proportion”), they will never be perfect exemplars of textbook fighting. Fighters make mistakes of judgment, get tired or distracted, and improvise based on their surroundings. Moreover, in a dramatic fight our hero may not win by their skill, but because of their “virtue” and sometimes that doesn’t coincide with stabbing your opponent through the eye just as Capo Ferro illustrated.

I love working on Romeo and Juliet because the energy of the young characters lead to some really dynamic fights. Although the conflicts are set against concepts of honour and the rules of dueling, the main characters are teenagers who break the rules.

Please come see our beautiful and moving Romeo and Juliet on Bard’s mainstage this summer. If you’ve never been to Bard on the Beach, we’ve got a large circus tent in Vanier park, which is right beside Kitsilano Beach. Opening night is June 10. You can learn more at http://bardonthebeach.org/2016/romeo-and-juliet

Congratulations Are in Order

Last Friday, our Fight Directors Canada course culminated in a day of performance tests. The students present three scenes for the evaluation of a Fight Master as if performing professionally. It should be called a “stage combat recital” but that makes it sound too civilized. It’s a brutal thing to do three full high-speed fights, with memorized text and acting, and anyone who goes through it deserves to be honoured.

Join me in congratulating the following students who earned their Basic Actor-Combatant Certifications:

Most of the other students did well, but have conditions to fulfill within 6 months of the test, mainly to video themselves performing one of their fights again, incorporating the corrections directed by the Fight Master.