Most sports require a novice to spend a lot of money to equip themselves with those pieces of kit necessary to start learning the basics of the game. (European football and ultimate Frisbee perhaps being the exceptions here). Ice hockey, lacrosse and American football require significant equipment commitment before the first timer can safely set foot onto the field.
It stands to reason that introductory swordplay (“Hello? … swords!”) – with its minimum of sword, mask and gloves; would fall on the side of being too expensive for most to take a chance on exploring.
But our art seems to be somewhat different when it comes to making ourselves accessible to those interested in finding out about our interest.

Most HEMA (and olympic fencing) salles seem to have a rack of ‘loaner swords and masks’ with which to kit out the tyro in their first weeks of participation. Even individual instructors without a home salle, seem to be carrying bulging duffle bags of bated armament to their local park or empty city lot – with the intent of getting a sword safely into a curious person’s hand and then getting that same person into a guard … and then a lunge … and back to class next week.
We would just like to acknowledge the groups and people out there that, out of heir own pocket, provide significant amounts of loaner kit out to the interested public with the hope that some of them will become enamored enough with their safe and supportive HEMA experience to stay.

If You Build it, They will Come … and Fight

BILLYPENN (Philadelphia, Philadelphia) 21 March 17  A Game of Thrones-style swordplay class happens Sundays in West Philly
How to build a HEMA community from a standing start … bring enough kit for everybody!
The Philadelphia Common Fencers Guild under Graham Meyer is one of those wonderful start-up initiatives that demonstrate that if you have good classes, sometimes having a formal training venue can wait. The Philadelphia Guild trains in Meyer long sword and Italian rapier in a public park, which seems to result in a steady supply of passers-by joining their ranks.
The program is detailed and challenging enough to keep their core group of 6 committed, but also has enough appeal that beginners are motivated to join the field to try their hand at HEMA.
And ‘yes’, Meyer bring enough toys for everyone to play!

JOURNAL STAR (Lincoln, Nebraska) 15 March 17  Lincoln swordfighters are ramping up the action
Bill Murphree, president of the Nebraska Swordfighters Guild recounts how he came to HEMA, and what sets his swordplay apart from ‘classical’ fencing. His active group has a dozen plus core members right now, but he’s hoping to expand as the guilds’ program matures.
Murphree also notes that his groups group and success is supported by the Chicago Swordplay Guild in a very practical and necessary fashion.

VISALIA TIMES-DELTA (California) 12 March 17  On guard at Tulare Sci-Fi Con
Tracy Mellow, founder of California’s’ Iron Gate Swordfighting is extremely aware of the potential to introduce people to HEMA through “non-traditional” venues … including science-fiction conventions! “We come out, do a demonstration and hope to attract people to the arts.”

The heirs to Diego Alatriste and the Federación Española de Esgrima histórica hosted five dozen Spanish duellists in Bilbo for a tournament and sword exhibition. Host and Federation President Eugenio García-Salmones (Master of his own ‘la Sala de armas Don Diego López de Haro‘ takes the opportunity to explain the current state of the HEMA art in Spain … and his modest place in it.
An interesting point falling out of this item is that one of the fighters designed her own ‘lighter’ sword in an effort to allow her to manœuvre faster in bouts.
Comment: Some in Canada have the impression that Spanish sword fighters are intense, Destreza-driven, mustachioed, Inigo Montoya wanna-be’s. But we forget that our Iberian peers, while doing serious original HEMA study in a unique discipline; also have a real joy of the art; and have a cutting (no pun intended), witty and self-effacing sense of humour about their art!  The HEMA world needs more Destreza.

WORLD-HERALD (Omaha, Nebraska) 06 March 17 Omaha club among growing number that practice serious swordplay, other historical European martial arts
A very detailed item about the ‘day in the life’ of an Omaha Kunst des Fechtens sword player and how they train twice weekly in Liechtenauer long sword.
The OKDF seems to be ‘punching above their weight’ when one considers their contribution to the American HEMA community in their area – they paired with another salle to have HEMA included in their state-level athletic games.

The Ferarri of Fencing Fighting?

BLASTING TV (Chiasso, Italy) 10 March 17  Scherma Storica, Grillo: “Una disciplina che unisce sport, cultura e storia”
Italy recently concluded their 2017 Trofeo Internazionale CSEN Scherma Storica in Rome; and event which featured about 180 top-end fighters from 60 organisations. Organised by the “national” umbrella group CSEN Settore Scherma within a truly opulent and historical venue, our Italian peers created an event specifically designed to combine HEMA expertise, international sportsmanship, swordplay history and Italian culture. The swordplay competitions are supported by a rich program of seminars and historical displays – designed to appeal to the HEMA-student and the general public.
There are two small take-aways in the item; first – the Italians had modest problems getting some civic support for hosting a combat event in a historical locale … unlike our Russian peers where local authorities seem to be lining up to demonstrate their support for HEMA events.
And second, their event was specifically designed to include training for swordplay instructors and referees. This last initiative is particularly valuable in that it will help to ensure a consistency of judging international-combat between regional groups with their own ‘culture specific’ way of doing business. 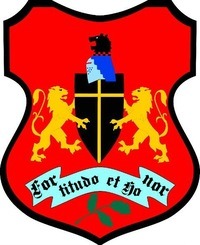 Build It and She will Fight

RIA “VORONEZH” (Russia) 07 March 17  «Опасность развивает». Единственная в Воронеже женщина-рыцарь – о страхе и мужском характере
The life and times of Julia Lysyakova, a woman that spars as part of the Russian historical fencing and reconstruction group “Ascalon.”  Wrapped in 47 kg (100 pounds) of armour, Lysyakova trains against the men in her group, but competes at the national level against like minded Russian swords women.
This story follows her mental and physical preparations for fighting, and finishes with a touching anecdote about how her husband feels about having a partner that wears the tasset of the house.