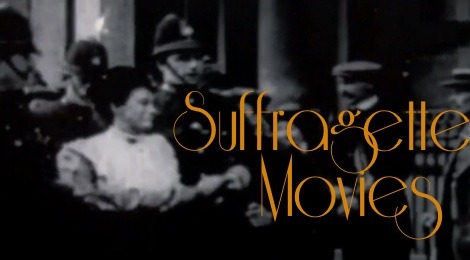 SUFFRAGETTE is the first ever feature film to tell the inspirational story of the foot soldiers of the early feminist movement who risked everything in the fight for equality.

The Suffrajitsu graphic novel series was written by Bartitsu.org founder Tony Wolf. While not technically a movie, they did produce a video trailer:

There are now three instalments, and the main character’s uncle is a famous Edward. Check out suffrajitsu.com.

Like me, did you forget that there’s a whole song in Mary Poppins about the Suffragette movement?

If you want more on the Suffragettes, read my previous article about umbrella self-defence: Ladies and Gentlemen: The Umbrella.

Ladies and gentlemen can learn the same type of Victorian self-defence in our introduction to Bartitsu called Fight Like Sherlock Holmes. It’s a four-week course that you can attend on Mondays or Wednesdays (8pm-10pm) or Saturdays (2pm-4pm). Sign up at AcademieDuello.com or call 604-568-9907. The next one starts the first week of next month, so sign up now!

After your introduction, you can continue with ongoing training every week. The first level is Green Sash where you’ll expand on your fundamentals with other basic skills and combinations. With those three months of lessons and practice time, you can test for the Blue Sash level. We held a rank exam last night, 29 May, and the following students earned their Blue Sash: