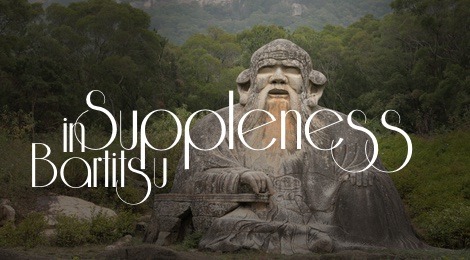 An article from 1928 about H. G. Lang’s walking stick advice posted on Bartitsu.org reminds us of some of the prominent features of Bartitsu, especially suppleness.

As Tony Wolf, author/editor of the Bartitsu Compendium and organizer of the Bartitsu Society remarked, this short newspaper piece gives us “nothing groundbreaking”, but here’s the clipping and my transcription in case the image is difficult to read:

Self-Defence with a Cane
Method Taught to Indian Police.

There is in London at present a slightly-built man who would not feel very alarmed if he suddenly saw three burly hooligans rushing at him with knives in their hands.

His light malacca cane would whistle through the air three or four times. There would be cries of pain, and his assailants would be incapacitated.

This man, who can walk about the world with so much confidence, is Mr. H. G Lang, a district superintendant of police in the Bombay Presidency, India. He has recently introduced into the Indian police force a method of self-defence with a light walking-stick, believed to be of Continental origin, which has been found very effective.

Mr. Lang told a reporter that by this method a young girl could disable a powerful man with even a short umbrella. He said: – All that you need know is the vulnerable parts of a person’s body, and the means of delivering the blow. A sharp, slashing blow on the side of a man’s neck may easily kill him. A rap on his hand will make it useless. A mild blow on the inner side of the knee has made it impossible for a man to walk properly for months.

The ordinary untrained person defending himself with a walking-stick would strike down on his assailant’s head or shoulders. This is a “dead” blow which cannot be quickly repeated, while the stick can easily be caught by the other person. Glancing cuts to the side of a man’s neck can be delivered with lightning rapidity, and the stick cannot be caught (emphasis added). Even a man about to fire a revolver from close range could be diabled with a slash to the hand or the face.

I have found that my knowledge of this method of self-defence has given me the feeling of the greatest confidence. On one occasion in India I saw a powerful built lunatic coming toward me. I did not feel alarmed and decided just where to strike. As it happened, he did not actually attack me.

Mr. Lang has written a fascinating book describing the different strokes and guards. In this reference is made to the “Riot Enclosure” in which the Indian police are trained to deal with mobs. It consists of circular arrangement of posts with sacks and boards irregularly placed to represent a mob.

In an article called “Art de la Canne” from La Revue Olympique (1912), which you can find in the Bartitsu Compendium I (126-7), there are several allusions to the type of energy and movement that you cannot get from still pictures or slow demonstrations. “The Vigny method requires … a constantly moving balanced body. In this way it looks a bit like ju-jitsu.” There are many mentions of Pierre Vigny’s speed, but the important link between jujitsu, la canne, and the rest of Bartitsu is that lightness and mobility are paramount. There is no single stable guard the way one thinks of fencing with a rapier or a boxer keeping their hands up.

And before all the fencers and boxers get angry, let me clarify: the best fighters in all arenas have mobility, suppleness and speed as their defining characteristics. To keep one guard and to remain planted on one’s feet is not a good strategy. What I was alluding to is the fundamental error of thinking there is one ideal guard, such as Capo Ferro’s Terza or modern boxing’s hand position. To learn a great variety of guards and the tactics that emerge from those positions is precisely what makes an inventive and deadly combatant, as opposed to mastering a stable position.

Jujitsu is the “art of suppleness”, and whether you practice it or not, you’re probably aware of its reputation:

However, when starting to learn the first actions of jujitsu, it seems like none of this can be true. Even after understanding how a joint lock works, the student tries to force it onto a resisting partner. If they are resisting, you’ve already lost that fight, so use the force of their resistance to move them into a new lock. This is the nature of lock-flow.

If I attempt an arm-bar, that means that I’m trying to hyper-extend the opponent’s elbow, and if they resist, they’ll be trying to bend their elbow for relief. So, as soon as my attempt slows down due to their resistance, I ought to abandon the idea of the arm-bar and switch to a bent-arm position such as the figure-four. When I feel resistance to the figure-four and I can’t complete it, I abandon that. If they were resisting with their shoulder and I release the pressure, their shoulder will come forward and I may have an opportunity for a reverse head-lock or a kimura… to know which moves have opposing energies allows you to be supple and go with the momentum that a stronger opponent will give you.

Now, if la canne resembles jujitsu, what does that imply?

Learning by single techniques (or worse, “tricks”), you’ll try to find opportunities to apply that singular technique in light sparring. You’ll be frustrated that the opportunity doesn’t come up, or that it seems to fail because your partner recognized it and resisted you before you gained leverage.

It is immeasurably better to learn your techniques in pairs in which opposition to one movement will lead your target into the second technique, and opposition to the second technique will lead back into the first. This happens with pushes and pulls, leaning forward and backward, and rotation left and right. This principle also applies to punches in pugilism, kicks in savate, and your walking stick techniques.

Using pairs of techniques, you can set up your favourite strike or takedown by starting with a motion that invites your assailant to help you with their momentum. About half of the original Bartitsu techniques involve opening your guard or otherwise inviting your assailant to attack you in a predictable way.

Remain supple in your thinking as well as in your grip and your step. You want to be exactly one step ahead of your opponent.