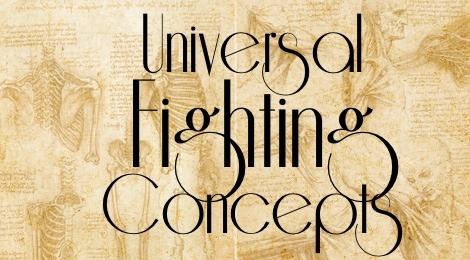 The more you learn of different fighting styles from around the world and through history, the more similarities become obvious.

Bartitsu and other mixed martial arts function not only because one style will fill a gap that the other leaves, but because many of the core concepts are shared. Today, we’re looking at the important ideas and priorities that seem universal to winning a physical confrontation. This applies to armed and unarmed forms of combat.

Please note that this list can be taken as general advice, but your particular martial art may have reasons why they approach things differently. Listen to your instructor.

You must see your opponent. You can try to attack or defend blindly, but you’re really relying on luck.

Attack vulnerable points. A successful hit that has no effect is as good as missing, unless you hurt yourself in the process.

If you don’t see a vulnerable point, create one.

The longer you fight, the weaker you become. And stupider.

General fitness (the ability to do work over a period of time without impairment) is often the deciding factor.

For my Bartitsu students, many of these clues fit into our 5 priorities:

For my Performance Combat students who are studying stage combat, consider these concerns of real fights when choreographing your next fight.