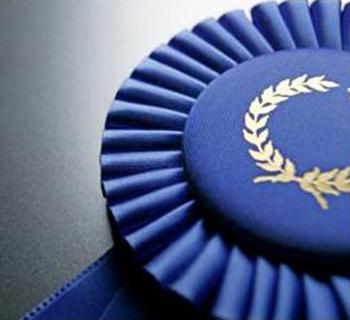 At the Fight Directors Canada annual National Workshop, we are always honoured by the presence of our Maitre d’Armes J.P. Fournier. This year, the Basic Actor-Combatant class were privileged to learn single sword from our living legend.

The Nationals this year coincided with the gala to honour J.P. with a Sterling Lifetime Achievement Award. The 27th Annual Elizabeth Sterling Haynes Awards, celebrating the professional theatre in Edmonton, was held on June 30, so our day of training was punctuated by requests for interviews with our beloved Fight Master.

Here is an interview with him on that occasion, which goes into his background, his passions and upcoming projects. It also gives you a sense of the man, but doesn’t come close to the experience of working with him: Edmonton Journal : J.P. Fournier Is This a Dagger I See Before Me

Every year during the Nationals, FDC gives praise to an individual who has shown generosity and done impressive work for the benefit of FDC and the furtherance of stage combat practice.

Janine is a dedicated student and was testing for her Advanced Certification at the Nationals. She is also the Secretary of FDC, and the award is a thanks for all her organizational and coordinative efforts over the last few years.

In Janine’s own words:

Being presented with the JP Fournier award this year quite simply blew me away. The stage combat community has been so very incredibly supportive and welcoming. I was truly surprised and beyond grateful for the honour of receiving an award named after the ultimate example of generosity and professionalism. Thank you to everyone who nominated me and all those who has guided me thus far.

Having achieved their Blue Sash rank, their next step is a minimum of one year training to qualify for Red Sash. Their skills will develop in breadth and integration. Most notably, they will be mastering hip and shoulder throws, turning kicks, and using the walking stick in a greater variety of grips.

They are also the highest-ranked students in the program, so their role as mentors and assistants will help junior students and enhance their understanding of fundamentals.

There are three levels of performance in Fight Directors Canada for actors: Basic, Intermediate and Advanced. Although we believe that all professional actors ought to have Basic training, only the most talented and dedicated performers will achieve the highest certification.

From our Performance Combat program, Sylvie La Riviere has been awarded her Intermediate Actor-Combatant certification by Fight Master Daniel Levinson.

At the Nationals, Performance Combat student Cassandra Piovasan has been awarded her Basic Actor-Combatant certification.

On behalf of Academie Duello and the partners in each of their fight scenes, I offer our congratulations.

Our next FDC certification course, Combat Acting, begins September 15. Join us every Monday, Wednesday and Friday to learn the art of stage combat through the Basic weapons: sword, quarterstaff and unarmed. There are two sections to choose from: 10am to 1pm or 2pm to 5pm. Combat Acting at Academie Duello