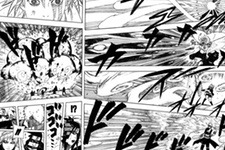 These are the three pillars of stage combat. The first two cover all the individual skills we learn, from punches and hair-pulls to sword thrusts and zombie-slaying, every move must combine two factors:

However, we can’t stop there because every fight tells a story about the characters within the context of the play or film. Individual moves must create the illusion of violence while keeping everyone safe, but the reason for the fight and its effect on the audience should always be a concern.

So how does storytelling fit in?

The simulation of rapier technique that most performers use does not closely resemble real rapier attack and defense. That’s mainly because real rapier is too difficult for an audience to see clearly and understand. The same can be said of most martial arts. We need to show the audience a version of the real motions that they can follow as a story of attack and defence.

The large-scale structure of a fight is also a matter of verisimilitude, not of reality. We often think fights are more realistic when the performers seem tired after a minute of full effort. On the other hand, we often think fighters are more impressive when they are still performing high kicks and acrobatic flips after several minutes. Which one is more real? Is more reality more entertaining? How long should a fight last?

To quote Fight Club “Rule number seven: Fights will go on as long as they have to.” For your film or play, what is the appropriate length for a particular fight? It will depend on the effect you want for your audience. Save longer fights with complicated structure for the climax of your piece. Try to keep other fights short unless your main character has a major emotional change from it.

How should our stage combat affect the audience? Big reactions and exaggerated movements are used in comedy, but laughs are not appropriate for all fights.

A sudden injury will be surprising and cause gasps.

You can even raise the audience’s excitement by breathing loud and fast. They’ll sympathetically breathe with you and raise their own heart-rate. That’s why some video games and horror movies give you the sound of the heartbeat gradually accelerating when they want to raise tension.

No fight should be meaningless. It should embody the main character’s struggle and the audience’s emotional reaction should feed into the next scene. Do you want the viewer to feel:

Does this injury require stage blood? The amount of blood will change audience reaction:

Can Violence be Fun? Should it?

I am sometimes concerned with making an audience accept violence as an appropriate solution to problems. I seldom try to get cheers from my viewers, but to show them that fighting is a last resort because the characters put themselves in real peril when combat is the choice instead of talking it out.

That being said, slapstick has always been a part of theatre across cultures. Is it something we’d like to phase out? Or is it a healthy expression and an outlet for violent impulses? The rhetoric of war in sports, and the popularity of combat sports through the eras are considered by some to be distractions so that the populace doesn’t revolt. We know that some uprisings overthrow evil regimes, and other revolutions only cause civil war and mass destruction… but that’s a huge question that we may not be able to solve with art.

The important thing to consider for your choreography is this: What do you want to say about violence itself in the context of your play or movie?

You can’t say all these messages, even if you agree with many. You have to pick your central message and illustrate it in your choice of structure and fight events.

What’s your favourite fight? I guarantee it’s not the high kicks or the special effects that give you that impression. It’s the story.

So is it the Princess Bride? That’s a fun fight, not a realistic fight. In fact, it’s not a technically difficult fight either, although it is well rehearsed and performed with virtuosity. The reason why it’s awesome is the structure and the character choices.

Is it the Matrix? The tenacity and focus are mental aspects and the critical realization that turns the important moments make the physical fighting secondary. That’s because that’s what the movie as a whole is about.

On a philosophical note, there are many interesting issues surrounding why and how we tell stories. Most movies and plays are fictions, so we know they are not mimicking life. However, a minute’s reflection about documentaries and “true stories” reveals that they are edited from reports of real events and compressed into about two hours. Therefore, all stories we tell are manufactured and cannot be in any sense recreations of the “real”.

The other side of the coin is that all artistic expressions, no matter how personal or abstract, are equally valid. If a friend tells you a joke, your laugh is not contingent on whether the events in that bar really happened.

Memory itself is a story we tell ourselves. If you think about the present moment and the confusion of other people’s motives, you can’t make yourself believe you’re in a story, or if this is a set-up or a punchline in your life when you tell the story later. Only when telling stories about your past do they take on story structure. Your life right now is chaos. And it is tough to remember chaos. It’s easier to communicate and to learn from your own experiences when you distill the events you observe into their meaningful parts. A meaning only you can interpret when you create a story.

A lovely expression of these ideas is the recent film by Sarah Polley, Stories We Tell (2013). I highly recommend it.

Our Fight Directors Canada Basic Certification course, simply called Combat Acting, is starting on 20-January. It’s 7 weeks of sword, staff and unarmed fighting for film and stage. The 60 hours are designed to give you the principles and the skills to create the illusion of violence in almost any fighting scenario. We will make you into an action hero.