“A characteristic of adolescent games is that they are preparation for adult games and sport. Organized tournaments, for instance, were for adults, but adolescent males began to train for ritualized or real fighting. The city fathers were against such training, because … it would simply lead to a disruption of civic order if urban youth learned the use of swords. Thus they indicted Master Roger le Skirmisour … for keeping a fencing school “and for enticing the sons of respectable persons as to waste and spend the property of their fathers and mothers upon bad practices; the result being that they themselves become bad men.”[1]

Our Asian martial arts peers and those involved in teaching Olympic fencing have dueled with the same problem that we in the HEMA community are beginning to face with some regularity, at what age do we allow children to begin to participate in HEMA training and related swordplay (ie. sparring)?
We know that historically, European noblemen engaged Masters to teach their sons skill at arms at very young ages.
And there have been competitive fencers in modern times that learned their swordplay from their fathers while ‘still in knickers’.
Larger salles may have the advantage of having ‘youth classes’ and being able to work with kids grouped into age-specific groups. 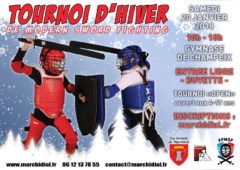 But what do we do with the ‘one off’; the eleven-year-old that has a legitimate interest, but that has only access to a small group of twenty-somethings?
How can small groups handle the protection and equipment issues for individual young students quite literally a third of our adult size? 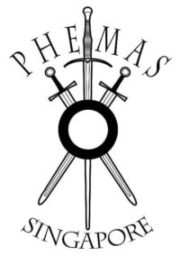 The twenty members of Singapore’s Pan Historical European Martial Arts Society (PHEMAS) have been training for over 18 years as they continue their studies of the European swordplay art. The item describes some of the PHEMAS training routines; how members came to the group – and why they remain; and the international travel undertaken by members as they attempt to learn more specifics on swordplay from European hosts.
For future interest, PHEMAS is working with other like-minded Asian swordplay groups to determine if there is enough interest in conducting an Asian-based HEMA symposium!
“In comparison to sport fencing or kendo or wushu, the thing I like most about it is that (HEMA) hasn’t gone the way of ‘sportification’ where a sport is about gaining points to win,” said one three-year veteran of the group.
Wes Comment: If you are interested some of the unique challenges of studying HEMA in Asia, We recommend you to this Indonesian blog item.

Thugs Down Under – But in a Fun Sort of Way

ABC NEWS (Australia) 26 November 2018 Hobart’s leading hand is keeping 14th and 16th-century sword fighting alive and well
The Stoccata School of Defence has been working on “Elizabethan period” HEMA for the last two decades – and have been successful enough in attracting like-minded scholars that they now have at least nine ‘branch salles’ through Australia.
“It’s a martial art that you will never actually use. It’s just fun.” 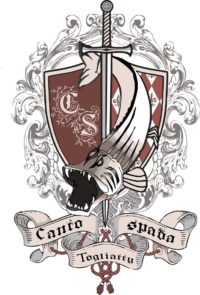 TOGLIATTI NEWS (Russia) 15 February 2018 Тольяттинцы из “Canto Spada” успешно выступили на “Мастере клинка”
We are constantly envious of the press that Russian HEMA groups get from their hometown paper. Some schools have near monthly coverage as they put on demonstrations, commence classes for the year and are followed as they prepare for regional/national championships. (Of which Russia has a multitude).
“Canto Spada” and its placement in the recent Russian Federation “Blade Master – 2018” competition (70 combatants from 25 clubs (17 cities) competing in 22 categories) being an excellent example of this ‘hometown favourites win internationally’ coverage. 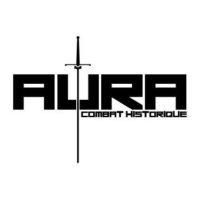 LA MONTAGNE (Néris-les-Bains, France) 28 January 2018 La discipline, ancêtre de l’escrime moderne, passionne férus d’histoire, geeks et sportifs
The hundred members of L’association Aura Combat Historique recently contributed to a local, public demonstration of “AMHE” (that’s HEMA en français).  The item gives a short description of the group and a couple of members, and a personal opinion as to what body types gravitate to what weapons.  We end with the impressive point that ‘AHME” in France constitutes about a thousand fighters in 60 groups.

HEMA – These Next Generation?

LA MONTAGNE (Clermont-Ferrand France) 28 January 2018 En route vers les championnats d’Europe
Though not directly HEMA, We picked this item up from the same LA MONTAGNE page as the one above, and the inspiration for this month’s theme. Les Écuyers du Marchidial conducted a hundred-member competition, with the competitors ranging between 3 (yes, three) and 40 years old.

Growing the Art I 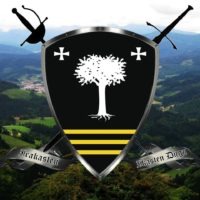 A half dozen practitioners of Sala de armas de Zumarraga have opened their own permanent salle after a year of training. Concentrating on ‘Flos duellatorum‘, the small Zumarraga group also features a ten-year-old student with a unique reason for adopting our swordplay art as his exercise.
For those keeping track, HEMA appears to have ‘restarted’ in Spain about 15 years ago. 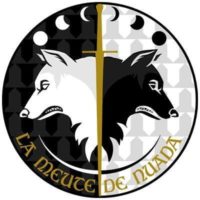 L’ÉCLAIREUR DE CHÂTEAUBRIANT (France) 24 February 2018 Un tournoi international pour les arts martiaux historiques à Blain
This is an introductory item to the 12 members of La Meute de Nuada; a group with a unique approach to their art. There does not appear to be any central ‘HEMA theme’ to their salle with each member working on their own area of interest or expertise. But most intriguing, while we have read of swordplay groups with ‘associated’ elements in other cities (How long before HEMA salles franchise themselves? Just kidding.), this is the first we’ve noted that has a second office in another country!

Growing and Ensuring Quality Control of the Art

This item is a much-needed reminder that Portugal has a rich history of swordplay and that HEMA is very much alive, active and growing there. We learn about the Academia de Esgrima Histórica and its efforts to ensure a high standard of instruction by requiring instructors to be examined and certified by the National Institute of Sport and Youth.  There is a short description of the state-of-the-art of HEMA in the country; an initiative to hold a world-class, international competition; and the number of groups that are starting up since the HEMA revival started just over a decade ago.
Oh yes, they mention students of 7, 9 and 11 in passing.
“At the age of 16, he believes that historical fencing has changed his life.”

КРАСНАЯ ВЕСНА (Moscow, Russia) 25 February 2018 Физкультура или спорт? Фехтование олимпийское и неолимпийское
Alexander Zelendinov is owner and master of the HEMA salle Условно-прикладного фехтования (Conditionally Applied Fencing) and co-author of the book ‘One Fencing Language’.
In this long interview, he describes the origins and numerical status of HEMA is Russia; the importance and problems involved with civic support of a local HEMA group; the challenges of a small-town ‘startup’; and his opinion on how HEMA can serve as a nationally-sanctioned form of fitness-activity for a large part of the Russian people.
Of note to the theme, Zelendinov’s school offers two types of children’s classes, paid and unpaid, and the differences in intent and participation within them are quite illuminating.
“I’m interested when adults or children come to me. They cannot be champions. But they can be taught, they will thank you for this. This is interesting to me.” 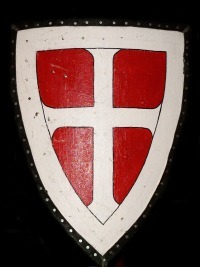 КРАСНАЯ ВЕСНА (Moscow, Russia) 26 February 18 Тренер: как мы наставляем детей, такие плоды и имеем в будущем
Anton Buzurny of the Military Historical Club ‘Белый крест’ runs the child-specific, sword supported, youth-program “Knights of the Streets” for ages five and up.
Aside from getting disadvantaged youth out for some camaraderie and fitness, Buzurny uses various concepts of knightly conduct and swordplay to instill into young people a sense of social responsibility and community at a time when they are most vulnerable to undesirable influences.
Notwithstanding Buzurny’s laudatory goals and the obvious effort that he has put into his program, he’s one of the few ‘sword schools’ in Russia that does not seem to have any civic-government support!

1. Hanawalt, Barbara A.  Growing Up in Medieval London: The Experience of Childhood in History. Oxford, Oxford University Press. 1995  Page 116