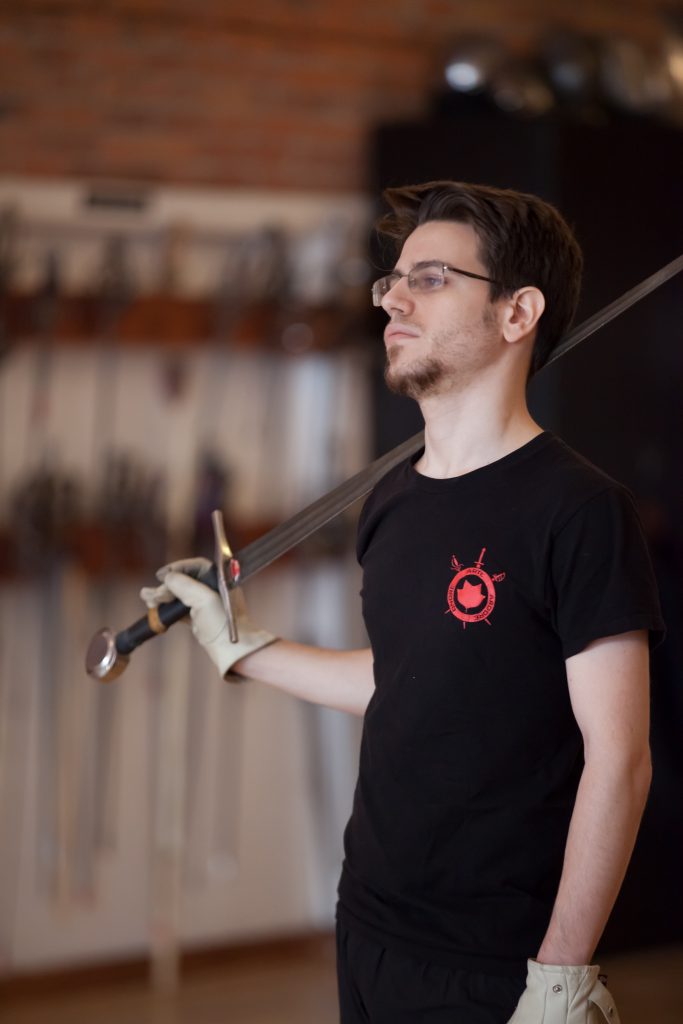 I am “Eduardo-from-Spain”. Most of  you know who I am, but I guess some others do not.

Well, I lived for two amazing years in Vancouver. I thought it would be fun, but I could not believe that a place such as Academie Duello was possible. So I’m writing here about how lucky I was (and I still feel) to be a member of that great community in the heart of Vancouver.

I was walking for the very first time down the streets of Vancouver downtown when I just saw a big sword appending to a building.  For as long as I can remember, when I was a child I used to play with a stick simulating a sword. Growing up with fantasy and historic movies such as Willow, Robín Hood, The Three Musketeers…  even now, I am still reading fantasy and enjoying epic movies.

Moreover, I was looking for a sport to train in and enjoy, because (let’s say the truth) I was getting a little bit chubby and out of shape, because I’ve been doing sport for most of my life, but since I started attending university I was doing nothing.

So there I was looking through the glass, seeing people swinging swords and not only were both of my wishes made true, but also my reaction was, “OH MAN I HAVE TO TRY IT!”

After that, as soon as I could, I took my first beginner class: Warrior Fundamentals. As soon as I walked in a really, really tall and strong man introduced himself as the instructor and a bearded gentleman working with him as an instructor, too.  For me, it was a great experience, impressively done, and fun. The two men were a good team; they train you, and you can see from how good they are that what they were teaching you was just the basics.  So after taking that course, I needed more.

So there I was taking focus classes until one day that I was called by Devon, our dear director of the Academie, to become a part of the crew as member of the Outreach department.

Over there I had the chance to learn about marketing and also develop my skills as a graphic designer, so that means that you have been seeing posters, flyers… designed by myself and probably you would never have known. The experience working with that team was a blast!

Then I took my second intro course of Taste of The Renaissance, a course that uses a different sword but is also incredibly entertaining. I don’t know if it was because of how passionate the instructor was when talking about the sword, or if it is because you can combine that weapon with secondary ones, but I fell in love with the rapier then.

I have been doing sword fighting for more than a year now.  I learned a lot from the instructors and the sport itself because is not just a sport, it is history, it is knowledge, it is learning how to think and overall it is fun.

Now thanks to the Academie I know what I want in my life and it is to keep doing that wonderful sport while improving my skills and my knowledge about swordplay, and building them up wherever I go.

Now I am back in Spain, and I have found a really nice crew over here as well. I hope that I can contrast my new knowledge with my colleagues at Duello as soon as I can, and enjoy fighting with them again, as I used to when I was there.

The truth is that Academie Duello has made my Canada!