The emotional appreciation of staged fights depends primarily on the perceived balance of power. It doesn’t take much for us as audience members to feel that the scales are tipped heavily in one direction — one versus many, injured/ill versus healthy, female versus male –– and there is something within us that always wants to root for the underdog.

It is an unfortunate truth that being female automatically makes you the underdog to the vast majority of movie and theatre-going audiences. When it comes to violence, female characters are often nothing more than stereotypes. They are made out to be helpless victims, sexualized vixens, or ruthless bad-asses.

Choreographing violence between men and women is difficult. While I want to treat a fight between a man and a woman in the same way as I would a fight between two men, I have found that to be challenging. Society’s perceptions of the male-female dynamic are just too ingrained to allow most people to see them as two equal fighters. Even with perfectly matched skill sets, the woman will still be seen as the one in danger because that is what we have been taught to believe. Although you or I may not view women that way, choreographers and fight performers have to be especially sensitive to how society views conflict because that will colour everything they see before them.

Who Has the Power?

When choreographing a fight scene, one of the primary questions I need to ask is this: Who has the power? Even though we have made great strides toward gender equality, in order for a woman to be seen as the one with the power (and in the case of violence, we are speaking primarily of physical power) she has to be incredibly skilled, far more so than a male character would need to be. However, if the woman is anything less than an action hero, there remains a widespread misconception that she will not be capable of fighting. Any female characters who are capable are meant to be considered as extraordinary women. (Whereas almost every male character will have to fight at some point –– and if they don’t do it well they are considered as lesser human beings.) Unnecessarily having a woman play the role of victim is one of the easiest traps a choreographer can fall into and it depends just as much on how the other characters treat her as it does on how she behaves or the fight moves she is given. If her opponent treats her with respect, the audience will automatically respect her. If not, she becomes a victim (and the man is seen as an abusive monster) or she becomes a joke.

Respect is perhaps an unusual concept when speaking of two people beating the pulp out of one another. Most men are taught to treat a woman with respect by never laying a finger upon her in violence. So what happens when the woman is there to fight? If we want to portray equal characters, a male must not hold back when up against a female. If he does, it means he believes she has no chance otherwise and he must bring himself down to her level. It is strange to think that there is a situation where a man punching a woman in the face could possibly be seen as a sign of respect, but I think it is important to understand that it is. It means he respects her as an opponent, as a fighter. It is important that he treat her exactly as he would another man.

Even with all of our accomplishments, there are still incredibly few female characters who fight. This bothers me. (And I haven’t even touched upon the lack of LGBT representation out there.) That is why it is especially important to me to create stage combat using women, particularly women fighting men. Physical violence seems to be one of the last bastions of gender segregation in western culture, and I personally would like to see that end. I am not saying I want to see us become more violent as a society, or that men should hit women when they get into an argument (or vice versa). But if we can get used to watching and enjoying scenes in which men and women fight each other as equals, maybe we can finally break through the remaining barriers and just be what we are –– equal. 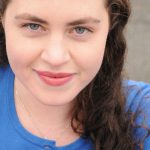