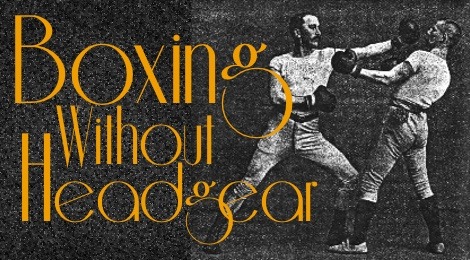 Dr. Julian Bailes is a neurosurgeon and a founding member of the Brain Injury Research Institute in Pennsylvania. This year, the International Boxing Association, or AIBA, interviewed him on the topic of concussions and brain injuries in boxing, as it relates to wearing protective headgear.

Boxing is one of the four component martial arts of Bartitsu. Bare knuckle boxing teaches the fighter to strike effectively, even with no hand protection. At Academie Duello, our boxing students practice set-plays and drills, and also spar. When we spar, we keep the speed low and wear hand protection and mouth guards.

Both amateur and professional (including Olympic) boxing leagues require the use of padded headgear. This is said to protect the athlete from head trauma. However, Dr. Bailes advocates against the use of headgear, and claims that there are 50% fewer concussions when participants spar without.

Here is the full AIBA article: ONE ROUND WITH… Dr Julian Bailes, special advisor to AIBA President Dr Ching-Kuo Wu.

Risk is a tricky thing. If an event is guaranteed to harm you in a specific way, by a specific amount, then it would be simple to decide whether the harm outweighs the good. In a sport or recreational activity, the “good” you get out of it is fun, and perhaps a sense of accomplishment. How much harm would you allow the activity to do to you for a certain amount of fun or fulfillment? Maybe you’d take some bruises. Maybe some minor bleeding. There are some great pastimes that involve nearly certain exhaustion and pain.

However, life is not certain. “Risk” is the chance for a negative outcome. Perhaps your chosen sport has a 90% chance of temporary pain and exhaustion, a 25% chance of facial bruising and minor cuts that will disfigure you for a week or more, and a 10% chance of a concussion. I made up those numbers, but I was thinking of the risks of boxing. On top of those risks that take place every time you step into the ring, we now know that you have a cumulative chance of enduring brain damage every time you suffer a concussion.

Even though those seem like a lot of dangers, it is entirely possible that you never suffer a concussion, and therefore never accumulate any chance of brain damage. That’s the nature of risk, it’s the probability of a bad event.

Daniel Kahneman wrote about how deficient our judgement of probabilities can be in his book Thinking Fast and Slow. The human brain is not good at calculating odds, nor at applying known probabilities to everyday life.

There is one theory that claims that when an activity is made safer, people will increase their recklessness so that the risk of injury stays about the same. This is called “risk compensation”. It is mainly argued in the context of automobile safety, claiming that when seatbelts were introduced, people started driving faster. The extra safety afforded by the seatbelt was compensated by the riskier behaviour of driving at a speed that increases the chance of an accident and the severity of the damage if an accident occurred.

Risk compensation is a controversial idea, as explained in this article by the Insurance Institute for Highway Safety: Risk compensation theory pops up where it’s completely irrelevant. They quote a study that shows “[t]here’s no evidence to support the notion that people drive any differently when safety features like energy-absorbing steering columns, high-penetration-resistant windshields, or airbags are introduced.”

Julian Bailes uses Risk Compensation to justify his recommendation not to wear protective headgear in boxing. Part of his argument is that that extra safety afforded by the head protection causes more strikes to the head, and those punches apply more force because the boxer assumes that his opponent is adequately protected.

Despite the controversy behind the theory of risk compensation, we know that bare-knuckle boxers did not wear protective headgear. Popular boxing instruction manuals, such as R.G. Allinson-Winn’s, advised boxers to aim for the mark (the pit of the stomach just below the sternum) to knock the wind out of the opponent instead of trying to hit them in the face. Punching the body will save the hand from impact damage against the hard bones of the skull. It will also end the fight sooner because an opponent who can’t catch their breath cannot continue fighting, but many fighters can shrug off many punches to the head.

So, despite Dr. Bailes’ argument that relies on risk compensation, it is nevertheless true that bare knuckle boxers also wore no head protection and avoided punching each other in the head. To make the two situations equal, of course, we’d have to get rid of those gloves as well.