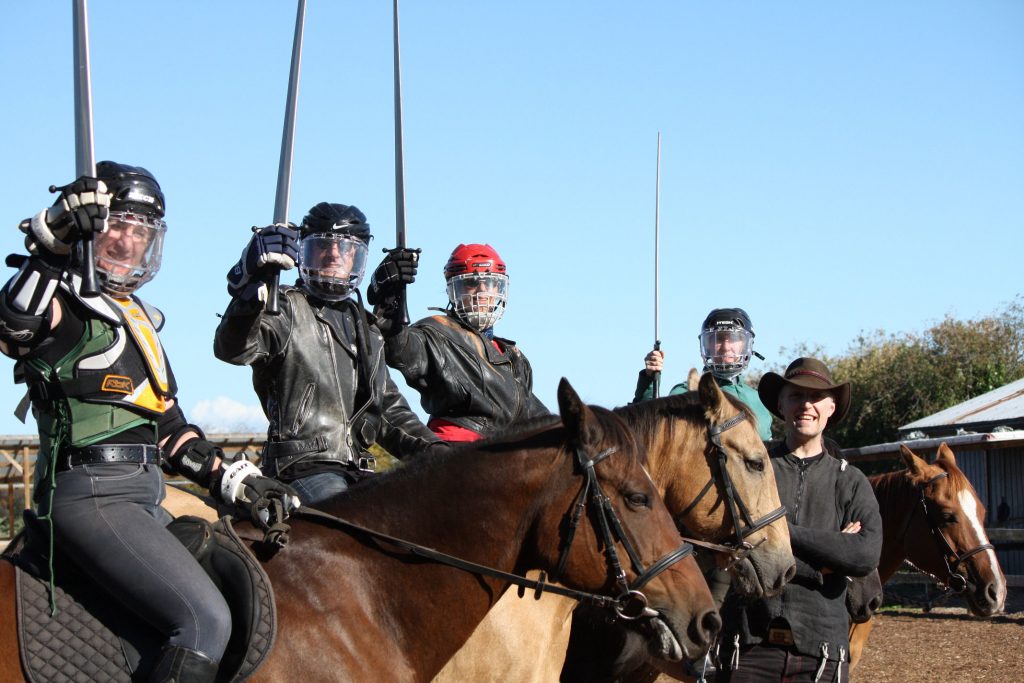 What an amazing weekend!  The skies were blue, the temperature was perfect, the horses were on their best behaviour, and the participants were incredible at Carosella 2016.

On Friday the focus was on Horsemanship, Riding, and Mounted Combat Skills — ie, the core tracks of our Mounted Combat Program.   For Horsemanship we had Diane Prosser give a lecture and demo on building respect and trust from the ground and saddle with her stunning pony, Outlaw; and Horsemanship 1 and Equine First Aid workshops from Isabel and Eleanor Landels.  Sherry Leväaho gave semi-private clinics on riding with lightness to six lucky participants, and beginning riders got a Friday evening tune-up to prepare them for games and archery.  In addition, participants were able to practise spear, swordplay, and grappling from the ground, from the falsemount, and from the horse in workshops by Devon Boorman and me; and they finished by honing their mounted sparring skills at the end of the day.

The theme of Saturday was sprezzatura: the art of making the difficult look effortless.  Alongside a full day of Horseback Archery workshops by Robert Borsos, we had Jennifer Vartiainen lead us through a ballet-based strength and stretch morning workout; eight riders learned a Prix Fiore routine in 45 minutes which they performed beautifully as a demo the following day; and Kate Landels offered her tips and techniques for better, faster mounted games.

As always, we finished the weekend with our annual tournament which included a Grooms’ Competition, Team and Individual Mounted Games, Archery from the ground and horse, and the Green Spur Sparring Tournament.

The high-point championship went to Duello’s prodigal son, former lead instructor Adam Lein.  Adam helped develop the Mounted Combat curriculum back in 2010, so it was a pleasure sending him back to California with a pocketful of gift certificates, knowing he’d have to come and see us again in order to spend them!

Here’s how the cards fell throughout the day:

Archery from the Ground

The Green Spur sparring matches are the culmination of the weekend and consist of two round robin sets followed by a final.  After the hard-fought round robin in which one rider withdrew with a pulled muscle, Steph and Jen fought a tie-breaker to face the leader, Chris, with the final results as follows:

Congratulations to the competitors in all divisions who rode, shot, and fought with grace, honour, and courage! 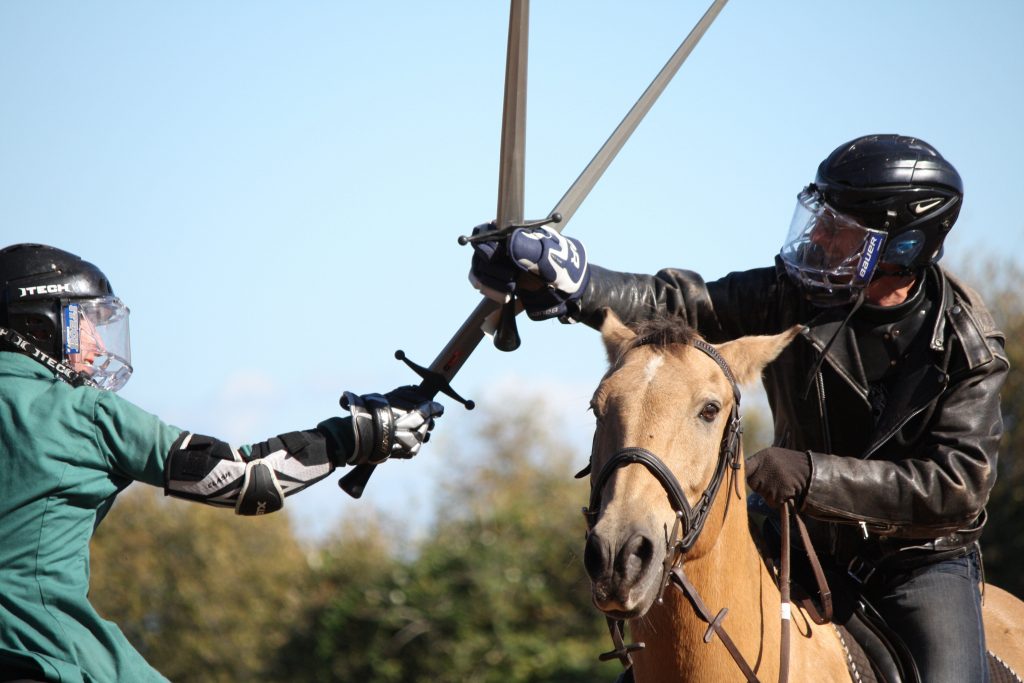