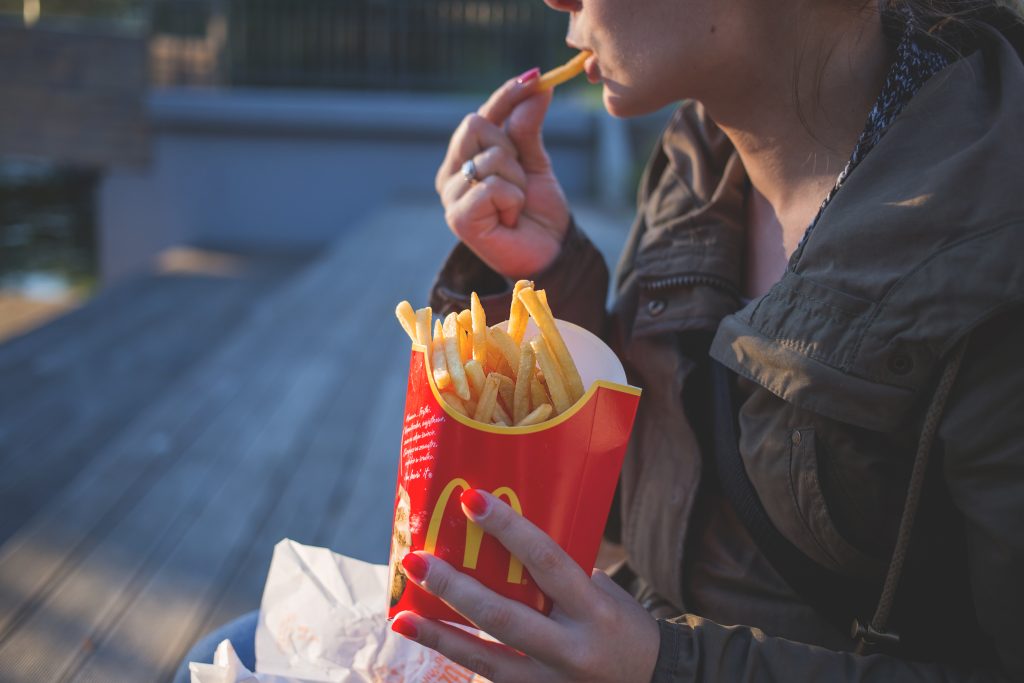 So, this clean eating challenge popped up in my feed a few days ago because several people I know are taking it. We’re about to go down a rabbit hole, so I guess before we begin I should clarify:

Also worth noting, this piece is not unique. It’s yet another garbage solution to a systematic problem that for some reason people think can be fixed by slapping together shaming, judgmental language, bullshit science, and cute infographics. It has to stop. Cookie cutter one size fits all solutions make the problem worse.

1. The words “clean” and “detox” are completely meaningless, unscientific, and widely debunked. This is doubly true for the phrase “unprocessed foods” as it is used here when the plan explicitly tells you to process food (some processes, like cooking, can even make nutrients more accessible). Clean, being the theme of the entire piece is particularly likely to cause people to develop unhealthy views on food, guilt around “cheating” (another phrase in the piece) and an aversion to anything deemed “dirty”.

This is also quite classist, in that many people eat processed or “dirty” foods due to economic necessity, not because they have no other options. When your choice is between a hot, sit down meal in McDonald’s and a punnet of raspberries (Possibly grown using exploitative labor practices don’t ya know?) McDonalds is the smart choice. Survival mode has different rules.

2. Where did those calorie numbers come from? 1300-1600 is kind of, in an arbitrary way, within medically defined “safe” realms, however, depending on your size, genetics and activity level it may be dangerously low. They will certainly be low for anyone with a high activity level, and will likely impede athletic performance.

The issue here is that there is not assessment. Why pick a random number when you could give people instructions like “eat until you are full”. This is hard sure, but at least it’s developing a lasting, habitual change where you can listen to your body.

Why is a clean eating challenge a low-calorie challenge? Oh wait, it’s because like most of the writing on nutrition out there they have conflated “weight loss” and “health”. Weight loss might be a valid strategy for some to improve their health, but it’s all too common to assume it is the be all and end all.
3. Definition of Orthorexia, from Nationaleatingdisorders.org:

“Those who have an “unhealthy obsession” with otherwise healthy eating may be suffering from “orthorexia nervosa,” a term which literally means “fixation on righteous eating.” Orthorexia starts out as an innocent attempt to eat more healthfully, but orthorexics become fixated on food quality and purity. They become consumed with what and how much to eat, and how to deal with “slip-ups.”  An iron-clad will is needed to maintain this rigid eating style. Every day is a chance to eat right, be “good,” rise above others in dietary prowess, and self-punish if temptation wins (usually through stricter eating, fasts, and exercise). Self-esteem becomes wrapped up in the purity of orthorexics’ diet and they sometimes feel superior to others, especially in regard to food intake.”

Now read that, and re-read the challenge. Not to big a jump to see how one turns into the other right?
4. Why is it low carb? Sure some people thrive on a low carb, or even no-carb diet, but without knowing what that person’s needs, genetics, and environment are like this is yet another silly, arbitrary instruction that has nothing to do with health, but the perception of health as it manifests in the media. I have done low carb, paleo, keto, and everything in between. Now I just eat in moderation and that has had a huge benefit for me.

5. This is described as low carb when it is actually low everything. It looks protein dominant because of how low the calories are, but for someone who was lifting heavy weights or training hard, the protein would likely be inadequate DESPITE the fact that this is described as low carb high protein. There’s a lot of protein proportionate to other macronutrients, but that’s only because the overall calories are so low.

6. Many top level coaches don’t give meal plans, and in fact, in many jurisdictions, you must be a regulated, medical dietician to do so (because the dietician is qualified to give oversight and personalisation). Meal plans, unless you are a top-level athlete or under medical supervision, don’t work, and even if they do they are a lot more effort than other changes you might make. Equally, they don’t give you the skills to navigate everyday food choices (something this plan calls “cheating”).

What’s worse and more likely to fail than a meal plan you got from the internet? A stupid one.

7. This is a pet peeve. No alcohol, no coffee, no red meat. The jury is out on whether these things are bad in moderation (and evidence may even suggest health benefits), so why include them? Is it because this meal plan was randomly generated by lab rats pushing buttons that say “Detox”, “Kale”, “low carb”, “cheat” and getting rewarded with low-cal, non-GMO, unprocessed kale pellets every time they created a sentence that has the right amount of judgment in it? We’ll unfortunately never know.

This is just another fad in a long line of fads. Sure, it’s learned to dress itself up as well meaning, achievable and “healthy”, whatever that means, but it has all the hallmarks of yet another foolish, classist, unscientific attempt to repeat the word kale over and over again until people magically get healthier. You deserve better than a plan where a “snack” is two almonds and two prunes. This plan may work for some people, but that doesn’t mean it works for everyone. You can do the wrong thing enough and get results, particularly when you are the one defining “results”.

So what should I do instead?

So unless you think you are perfect (and that’s awesome, good job!), you likely know some area where you could improve your nutrition. It’s likely either eat less of one thing (eg. sugary drinks) or more of another (e.g. veggies!). So here’s how to build your own 30-day challenge.

Take that one task, let’s say cut out sugary drinks, and ask yourself:

What does this task look like over a month? E.g only drinking sugary drinks once a week for a month

What does this task look like over a week? E.g. when this week will I have a sugary drink

What does this task look like today? What can I drink today instead to make this possible?

Am I 90% likely to adhere to this task? Be honest. If the answer is no, that’s cool, revisit the questions above until you come up with a task you are confident you can achieve 90% of the time.

Do this for 30 days, and then revisit the questions. If you didn’t manage to stick to it as much as you’d like, just revisit the goal until it’s possible.

The aim here is not to just give up one thing (unless of course, that is all you want to do) but to get used to navigating changes yourself, without relying on arbitrary, often unhealthy instructions. Then end result in two weeks may be minor, but a year of making changes in this manner can be life altering.