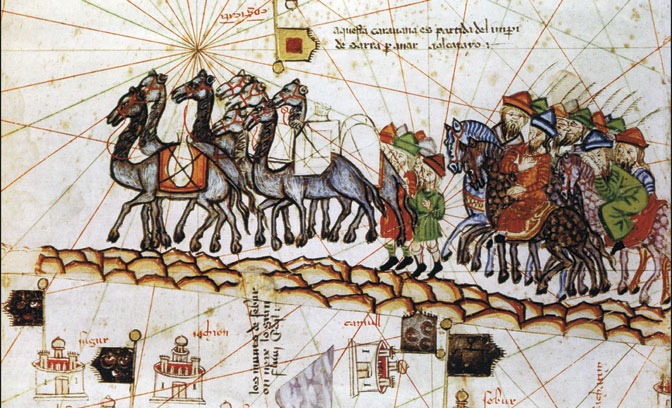 The Chinese New Year is upon us as 2015 enters into the Year of the Ram.  I live in the city of Vancouver, which will be hosting a huge celebration and parade to ring in the Chinese New Year.  People from many different cultures and backgrounds will be out enjoying the festivities.  Living in a multicultural city like Vancouver, situated within a country like Canada — a country that has seen a steady influx of immigrants from around the world come to her shores since colonization a few hundred years ago — we often take for granted the influence of both Western and Eastern cultures around us. 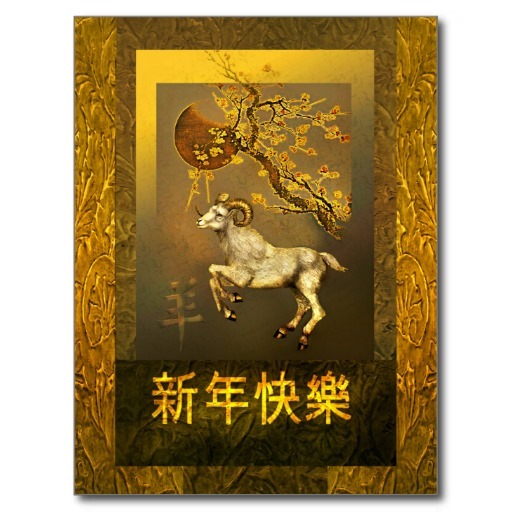 This day and age we can hop online and book a flight to take us nearly anywhere in the world. A few hundred years ago, we didn’t have such easy options.  Despite this, history has shown us that Eastern, Western and African cultures have been trading, warring and creating alliances with each other for thousands of years.  These cultures influenced each other greatly and helped shape many changes in commercial trade, politics, warfare and weaponry.

Academie Duello is a school of Western Martial Arts and European Swordplay, but we are often asked about the connections we share historically with Eastern Martial Arts and cultures.  So, as we are about to celebrate the Chinese New Year, I would like to take this opportunity to travel back in time to look at the influences Western and Eastern cultures have had on each other throughout history.  From the (various) Crusades to the Mongolians, there have been many times where the East met with the West.  Today, we’re going to look at some of the developments and influences this has had on the history of these cultures.  In particular, we are going to focus on the famous Silk Road.

How did both the West and the East influence and shape each other’s histories — for better and for worse — and how did the Silk Road play a part in it all?

What we have come to know as the Silk Road was probably used as a land route between Europeans (particularly the Greeks & Romans) as early as 300 BCE.  The first recorded traveler is thought to be a Chinese general by the name of Zhang Qian during the second century BCE.  The Silk Road saw various growth spurts in its early centuries and one of the first major steps in its development happened during Alexander the Great’s expansion of the Greek Empire.  In 329 BCE Alexander founded the city of Alexandria Eschate (not to be confused with the port city of Alexandria in Egypt) along the Fergana Valley located near the modern day city of Khujand in Tajikistan.

The Romans also established regular trade and diplomatic relations along the Silk Road following their Conquest of Egypt in 30 BCE.  This was the start of another boom in trade along both the land and sea routes that connected the Roman Empire with Africa, India, the Middle East, and Asia.  Through the Romans, the Silk Road saw more than just a new source of economic growth, but both the East and the West saw a kind of political and cultural integration the likes of which had never before been experienced at such a magnitude. 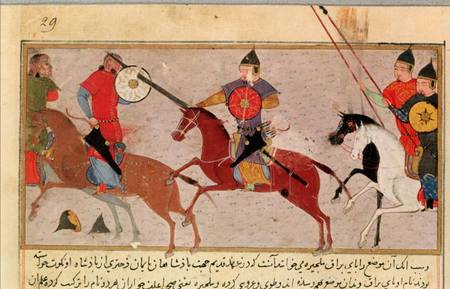 In the Early 13th century Genghis Khan and his Mongolian hordes began their vast expansion and series of conquests.  The Mongolian influence on the Silk Road was initially negative as the invading Mongols destroyed many trading posts and small cities along the routes.  However, once the establishment of the expanded Mongolian Empire followed these conquests, the regions experienced a period of peace under Mongol rule known as the Pax Mongolica.  During the Pax Mongolica, the Silk Road became a safe route to travel and to settle along.  Genghis Khan’s grandson Kublai Khan held control of China by the late 13th century and took on the role of securing and protecting the trade centres and routes along the Silk Road.  There was a huge commercial boom during this time of prosperity as well as a great expansion of art, literature and cultural diversity as new people, ideas and techniques were being brought to new countries and new heights. One of the most famous stories of travel along the Silk Road during this time period is the tale of Venetian trader and explorer Marco Polo. 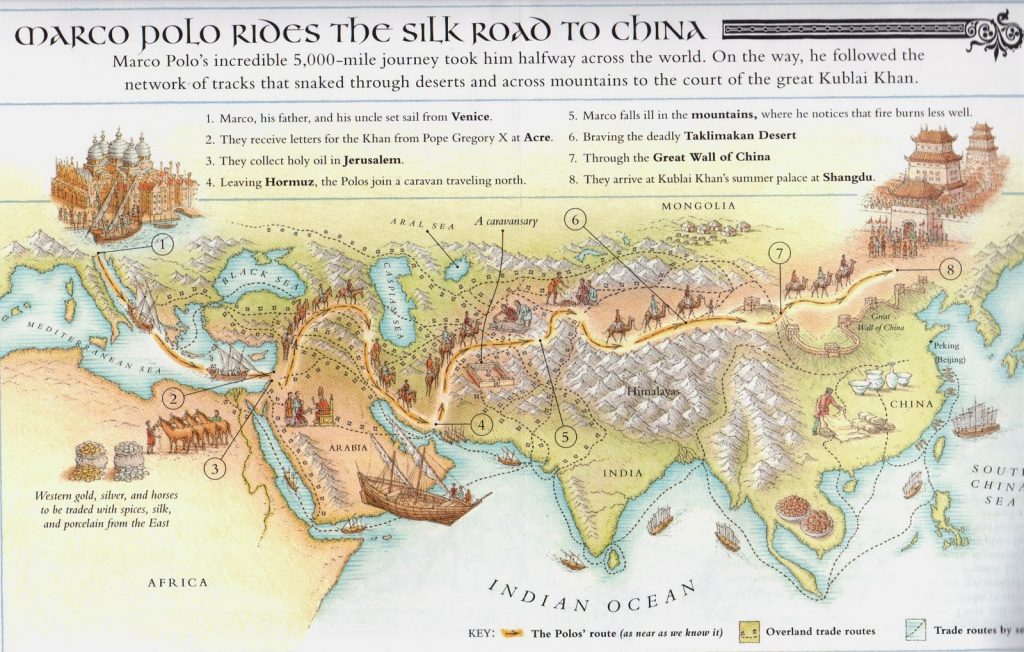 Ring Around the Rosie

However, more than just fine silks, exotic spices, pottery and livestock made their way along the Silk Road during the Mongolian Empire’s reign.  The newly restored and popularized trade routes allowed for a deadly disease to travel from Western China into Europe: the Bubonic Plague.  The Mongolian hordes brought the deadly disease-carrying fleas (endemic to a species of marmot found throughout Asia) with them during their conquests.  The disease spread to Europe and during the 13th century approximately 1/3 of the population perished in what was to be known throughout history as The Black Death. 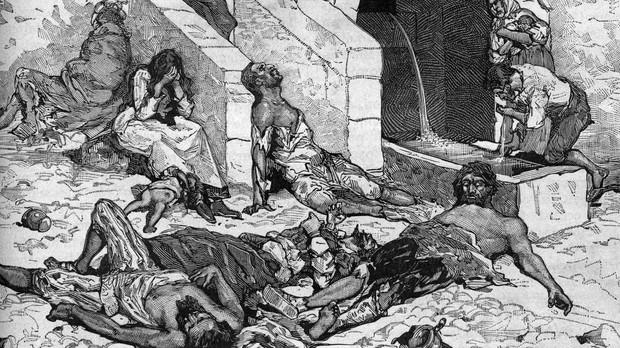 The devastation of the Black Death through the streets of Europe

Of course, this blog post would not be complete without comparing some of the influence Eastern weapons had on the development of Western Swords.  Since Academie Duello is a school of swordplay, there was no way I could finish this article without at least mentioning swords once — if only in passing!

The Falchion was a single-handed, single edged European sword that took a lot of its influence from the Persian scimitar and the Chinese dadao.  The weapon combined the weight and power of an axe with the diversity of a sword.  Similarly influenced was the German Messer, derived from the Falchion but flatter and less curved then its predecessor.

Portugal’s Influence in Asia & the Decline of the Silk Road

The Portuguese were very familiar with Asia by the mid 16th century thanks to Europe’s connection with the Silk Road.  However, as the Mongolian Empire eventually came to an end, history began to see the sparks that would ignite the start of the Silk Road’s decline.  It was around this time that Europeans began looking for other ways to stay connected with the Chinese Empire, and they started looking towards the open ocean.

Travel by sea was changing as both merchant and military ships began to transition from galleys into full sailing vessels.  This opened up trade  in a whole new way — and the Portuguese Empire was making headway exploring the Indian Ocean.  It was they who were the first to create direct trade routes with Asia by sea.  In 1513 China saw the first European trading ship arrive on the coast of Lingding Island under Portuguese explorer Jorge Álvares. Three years later, Rafael Perestrello (who was a cousin through marriage to famed explorer Christopher Columbus) arrived on China’s mainland shores.  Others soon followed like Fernão Pires de Andrade and Tomé Pires  who started formal commercial and diplomatic relations between the Ming Dynasty and Portugal. 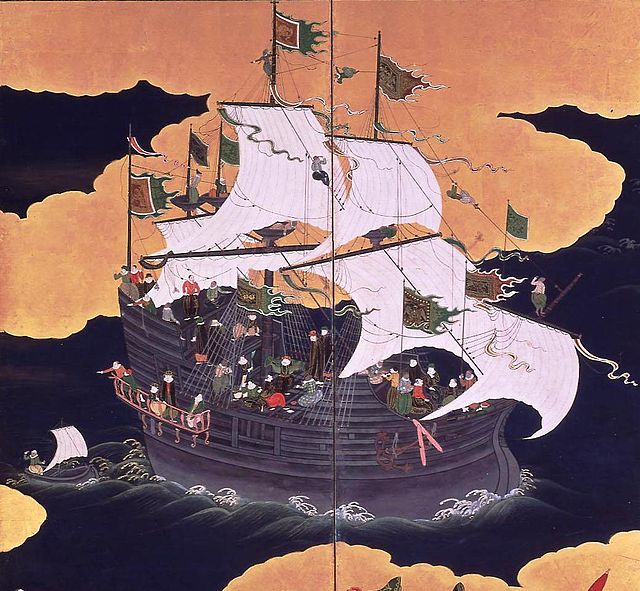 A seventeenth century Japanese painting of a Portuguese trading ship

Portuguese Partnerships, the Printing Press and Firearms- Oh My!

In 1543 the Portuguese Empire made another historic first when Portuguese traders — during the height of what would become known as the Portuguese Discoveries — became the first Europeans to travel to Japan and set up shop with the locals.  This lead to the start of an exclusive trade partnership between Portugal and Japan that would last for over ninety years.  Portugal strengthened their hold even further in the East by establishing the first permanent European maritime trade post in 1557 when China rented the port city of Macau to the Portuguese Empire. Other Europeans would eventually establish their own trading routes and relationships with Asia, but Portugal held a monopoly for decades before the rest of Europe caught up.  Eventually this lead to the decline of the once great trade regime that was held by the Silk Road.

Portuguese Jesuits living in Nagasaki were responsible for introducing life-changing concepts to the East. Not only did they bring the printing press to Japan for the first time in 1590, but it was also the Portuguese who heavily influenced Japan’s development of firearms.  This would go on to change Japan politically and militarily as the gun began to replace the sword.   Even though firearms were first introduced to the Japanese during the 13th century they saw little use until the mid 16th century when the Portuguese brought over the matchlock musket.  The japanese name for the matchlock musket was Tanegashima — named after the island of Tanegashima where The “Festival da Espingarda” (“Rifle Festival”), is still celebrated in Japan to this day. 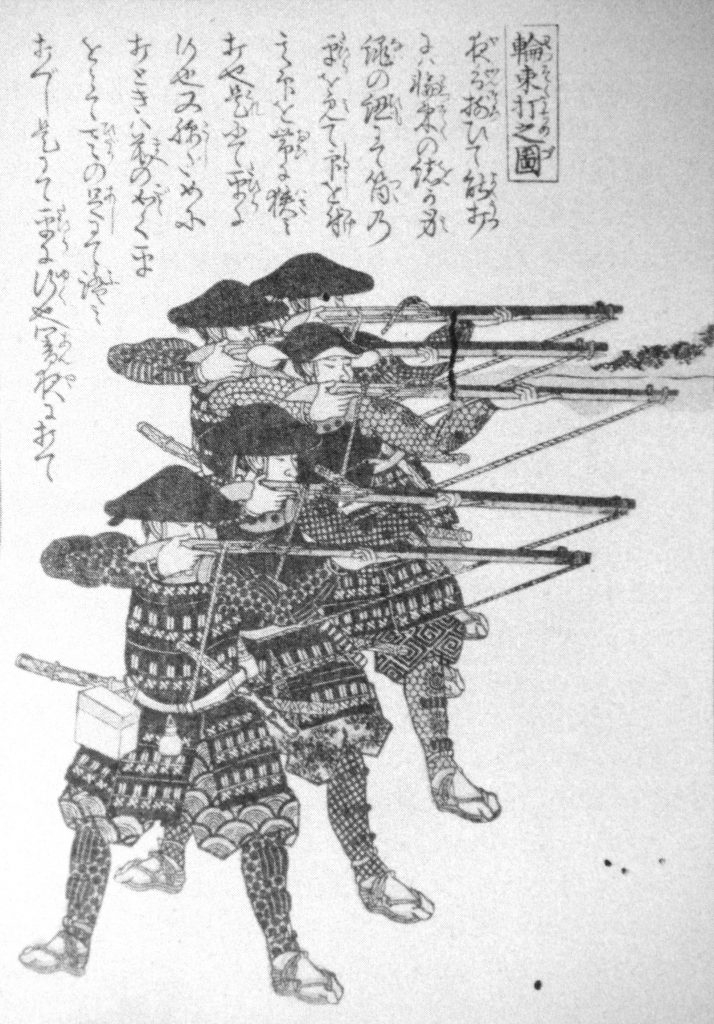 In Conclusion: The Past Within Our Present

We often make the mistake of thinking about European, Asian and African nations as being mutually exclusive groups. However, our history has come to show us that none of these cultures lived within a impenetrable bubble. There were cities in Asia that had predominately European citizens; Rome was a cultural hub of world religions and ethnicities; and various cities in Europe had nearly entire populations with dark skin — especially the Iberian Moors. Even though cultural diversity and integration have changed on a global level, it is not exclusively something that we have experienced just within this last century.

As we ring in the Chinese New Year, perhaps we can think about the various ways that the East and the West have historically come together, how that changed the world back then, and how it continues to change the world now. 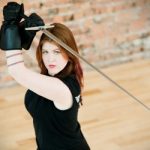