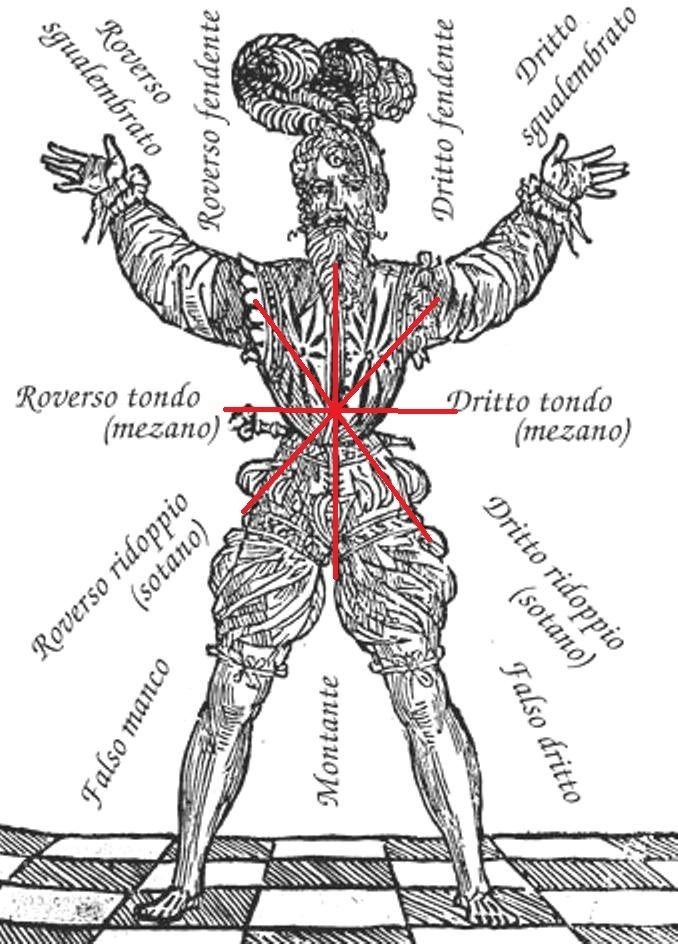 “Although military discipline and art may be noted plainly and clearly in many courageous knights and greathearted fighters, it can also be seen that they are unclear to many talented people, owing to their inexperience. Thus, sometimes in discussing or using arms, they fall short due to ignorance, rather than to malicious intent.”
Achille Marozzo, Opera Nova, 1535 (translation care of Jherek Swanger)

This opening paragraph of Marozzo’s seemed a fitting way to introduce my report on L’Arte delle Armi (LdA) an event that took place this past weekend at the DeKoven Center in Racine Wisconsin. Like Marozzo’s Opera Nova, this event sought to rid its attendees of at least some aspects of its ignorance of the art of arms as taught by Marozzo and his contemporaries in early 16th century Bologna. And I feel that it very much succeeded.

The DeKoven Center is an amazing place to host an event, right on the shores of Lake Michigan in a picturesque neo-gothic former seminary school, the setting fits the arts being presented. This is the site of the much larger and more diverse Western Martial Arts Workshop (WMAW) also hosted by the Chicago Swordplay Guild in alternating years. This year’s more focused event featured instructors from Canada, the US, and Italy and covered topics including sidesword alone, sword and buckler, renaissance two-handed sword, partisan, partisan and rotella, dagger, and two-sword.

I was really impressed with the quality of all the workshops I attended and with the focus and efforts of the students. As an instructor, I really enjoyed how easily I was able to hop into the deeper material and the brisk pace that I was able to teach at. This speaks well to the continued progression of students across North America in their personal practice and the quality instruction of their schools and clubs.

Ken Harding from the St. Louis School of Arms presented Marozzo’s single sword form. Matheus reports to me (I was teaching at the time) that it was a thorough and interesting look at the form and its applications. Ken and his students were a joy to have at the event and in classes. Check them out if you’re visiting St. Louis.

Christian Cameron (Hopologia in Toronto, Canada) taught workshops on effective training and the use of the rotella and partisan. His background knowledge and research into Grecian history and arms, and its influence on Italian renaissance fencing was very interesting and filled in a lot of gaps in this subject in particular. He made a lot of converts to the single-handed spear and shield.

Jacopo Penso (La Sala delle Armi) and Moreno dei Ricci (Gairethinx) from Northern Italy did excellent presentation and instruction on Marozzo’s art of the sword in two hands. I enjoyed the level of martial intent that they brought to all of their forms and the combined precision, vigour, and tactical thought they taught and implemented. I know that I’ll be studying their interpretation and presentation of the two-handed sword assault (a solo and partnered form) to inform my own work. You definitely need to check out their presentation of this at the closing ceremony, it was beautiful (posted on the Academie Duello facebook page and elsewhere).

I very much enjoyed Robert Rutherford’s class on tempo and provocation. The Bolognese texts often present actions that are based on a lot of pre-knowledge of fencing from the time. I think Rob’s workshop did an excellent job of arming his students with straightforward concepts, like how to strike someone as they step into measure, then how to counter it, then how to use a step to measure to provoke the opponent. It’s this kind of instruction that can really help someone access the more complex material in the manuals.

I missed Greg Mele’s workshops but I’m certain they were excellent as I’ve taught alongside him many times. He certainly deserves kudos for planning such diverse programming for the event as a whole.

I personally presented workshops on sword and buckler cutting exercises, how to decode the tactical side of the assaults, sidesword combative tactics, and use of two swords. They went super well and I was really happy with how my students received the material and kept working hard even on the very last day. I’ll be making some reference resources available to anyone who may be interested in the coming days. 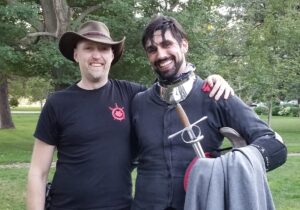 Matheus Olmedo from Academie Duello joined me this time around and assisted me in my two-sword and tactics classes. He also fought in the tournament on Saturday that included sword alone, sword and secondaries (Matheus fought with cape), and sword in two hands. He fought really well and in fact won the tournament. He represented the school and art well, a nice job for his first international event. Well done Matheus, you made me proud!

If you are a fan of events like this that zero in on topics and seek to drive students along the path of Mastery then you might be interested to check out the Vancouver International Swordplay Symposium that will be taking place April 5–7, 2019 in Vancouver, British Columbia. There will be an international slate of instructors and this year’s theme is “This vs This” which builds on last year’s theme of “This vs That” to dig into how historical practitioners of similar systems contrasted from one another or how different practitioners of the same system might implement their mechanics, tactics, and pedagogy in different ways. The format of the event centers around 10-hour intensive tracks that follow a single instructor deeply into a given topic so that students can take away some meaningful improvements and knowledge. Learn more as instructors, topics, and events get announced at www.vancouverswordplay.com.