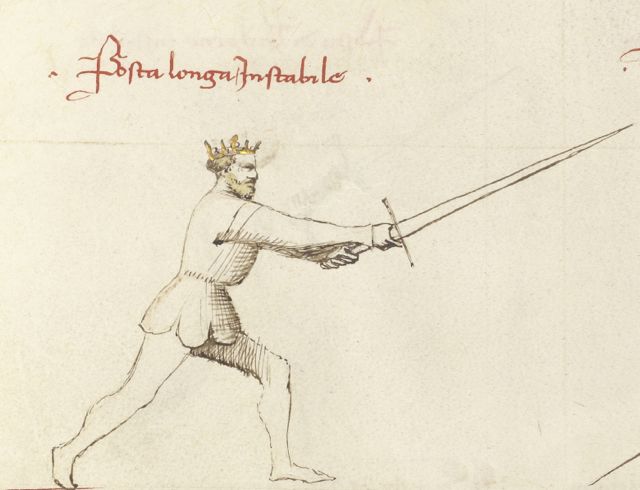 At Academie Duello we have an ambitious goal: Make 1000 Masters. The challenge is that at this moment, we have yet to make our first.

What is a Master?

Within most European martial traditions, a master is someone who not only practices their art with a high level of proficiency but more importantly is able to convey that complete art to someone else. Ideally, in a way, that gives the student that same ability. A master is then able to foster others who can themselves create masters allowing the art to expand further and not be confined to only one person's stewardship.

Becoming a master is a kind of graduation. When mastery is reached, someone not only understands the full art but is ready to challenge and expand it, to make it their own.

Historically many masters titles were given to practitioners in their 30s, so it was not an end-of-life award. Nor is it a signal that someone has achieved a transcendent level of practice. A masters level marks a transition from an inward, and self-improvement focus, to one focused on growing the art and others. It needs to come at a time when there is still lots of energy for a teacher to offer.

I often think of the Master title like a Master's Degree in University. One that takes a lot of rigorous study for sure, but it tends to mark the beginning of one's professional career, not the end.

There are few people within the revived European Martial Arts community that call themselves masters and even fewer programs that aim to train people to this level (or at least announce it). We're really creating a new tradition, doing our best to honour and revive the historical sources from which we have resurrected it. Many feel that it's hubris to claim that modern practitioners could ever call themselves masters, feeling that only those from history could ever claim that title.

The truth is that the title is less important to me than the ideals, standards, and responsibilities that come with the role. We need people to take ownership of the art, meaning to fully pull it into their minds and bodies and then be able to play with it and expand it like a living thing. I don't think we should be afraid of it, we should instead seek to honour the title and everyday work to live up to what it meant and can mean.

What Does it Take to Make a Master?

From a personal experience perspective, I don't know. My own journey involved years of sparring and competing around the world, extensive research projects, building an entire curriculum from scratch for one of the world's first schools of its kind, authoring hundreds of hours of instructional content, and publishing a book—that seems a little much to ask from someone else who seeks to acquire the masters rank.

So far we have made five Provosts (the level before master). These students have been studying with me and at Academie Duello for between 8 and 15 years (and pretty rigorously). They're excellent multi-disciplinary practitioners and teachers. I'd say I'm a pretty accomplished and knowledgeable practitioner (more than 25 years, much of that as a professional) and it's quite humbling to feel your students so close at your heels, an honour really.

I approached the Provost level very cautiously. I didn't want to award it in a vacuum or in a way that lacked external credibility and controls. When it felt like time (past time really) I engaged the heads of many other schools (all multi-decade practitioners) to help with defining the process and relied heavily on my friends and colleagues who are masters within the San Jose State Fencing Master Program (an Italian classical fencing program that has been operating for more than 30 years) to share their experience.

We convened an examination board that included Maestro Puck Curtis (from the Fencing Masters Program and an accomplished historical fencing practitioner, teaching, and researcher) and Maestro Marco Quarta (founder of Nova Scrimia, a modern Italian school of historical martial arts). My first students to examine began preparing more than a year in advance specifically for the exam that would take two days to complete and included rigorous private examinations and public displays with every weapon of our system. They were required to demonstrate an intimate understanding of the theory, their capacity to convey it, and their ability to apply it against all comers (members of our school and many visitors) and not everyone passed on their first time. It was as vigorous and credible as I felt that we could make it and it set a high bar—both a good thing and a bad thing.

The Push to the Top

But what's next? How do we go forward from here? The part we fumble with now is the graduation. How do you really make someone a master? How do you know where you should set the goal posts and when you've reached them? Especially the first time. Just like before, we're defining the route while we walk it.

And perhaps even more important, how do you make the road more walkable for others? The route of the first climbers to summit a peak are always the hardest and take the longest. However, they just show that it's possible. They're not the template for how it should be done every time. It took 32 years for the first summit of Everest, now it takes most climbers about 2 months.

We're setting pitons and ladders now for the next generation. And I think that's part of the trial of passage for our new masters to make that route one that others can believe in and achieve. Then the possibility of meeting our goal will emerge.