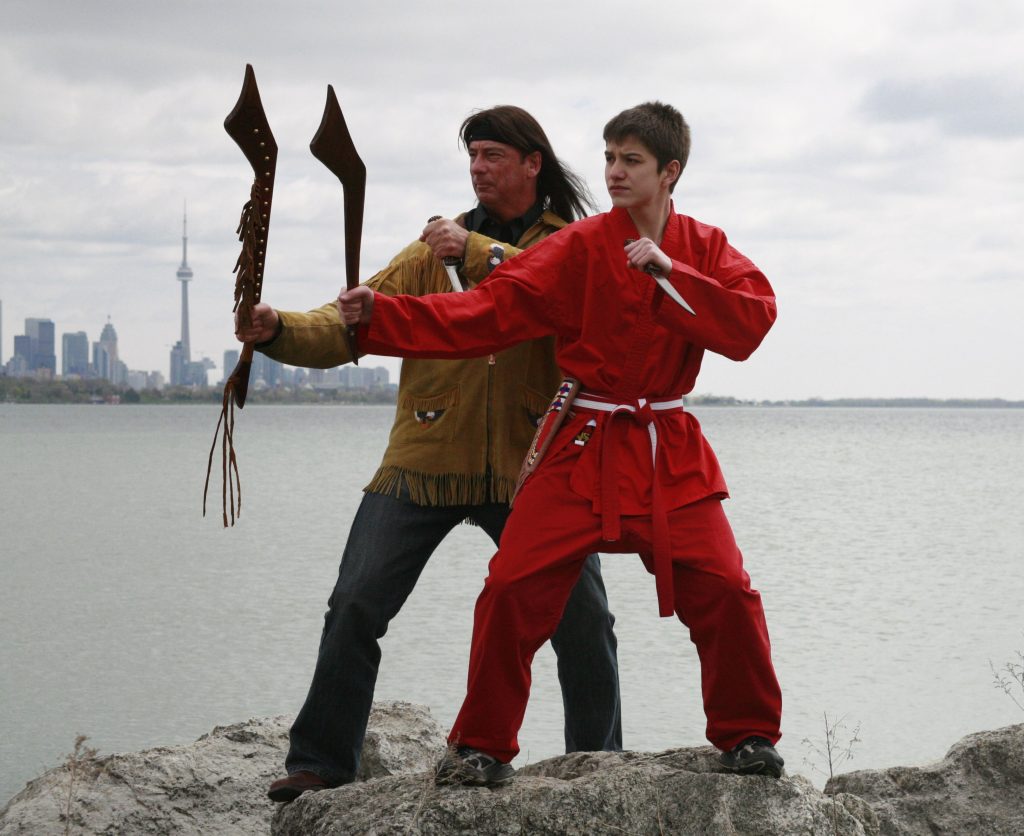 Canada Day is fast approaching and as our country celebrates its 148th birthday, it is important that we as Canadians recognize that this birthday is based on Canada’s post-colonial history.  On July 1st 1867 Canada became its own self-governing dominion within great Britain (and originally only included the provinces of Nova Scotia, New Brunswick, Ontario and Quebec).  However, Canada existed as a nation long before the first Europeans set foot upon her shores.

For thousands of years Aboriginal cultures thrived in Canada and had their own rich history of languages, customs, spirituality, trade, art and — of course — martial arts long before European influence.  Despite the devastating impact colonization has had (and unfortunately still has) on indigenous cultures in Canada, we are lucky to have those who have fought to keep much of the history and traditions alive.

June 21st was National Aboriginal Day and Academie Duello recognizes that our Vancouver training salle is located on unceded Coast Salish Territories.  As Canada day is almost upon us I would like to take the time to honour the history of Aboriginal Canadians by showcasing  Canada’s only recognized First Nations Martial Art System: Okichitaw.

THE ORIGINS OF OKICHITAW

Okichitaw is based on the Plains-Cree word “okichitawak” which was a title bestowed upon a Cree warrior by their Elders. An okichitawak was a warrior who had proven themselves skilled in the arts of survival, protection and warfare. When Plains-Cree native George Lépine was researching and developing the martial art the name okichitawak was suggested by Elders in Manitoba, but was modified to Okichitaw so that non-Cree speakers could pronounce it with greater ease.

George Lépine had been studying various martial arts systems since he was 13 years old and was always encouraged by both his instructors and Elders to embrace his indigenous traditions in his pursuit of martial skill and knowledge.  Having grown up in Manitoba, Lépine had been taught hunting, tracking, wrestling, weapon and throwing practices from an early age.   He decided to combine the values of his Aboriginal culture with the Canadian Cree combat principles and methods, using both what he had been taught and what he had learned through his own extensive historical research. Through hard work, training, research and practice Lepine created Okichitaw, codifying and systematizing it into a modern martial art.  This was no small task since there was a scarcity of original reference materials and much of what has survived of Canada’s Indigenous records have been passed down orally through the centuries. 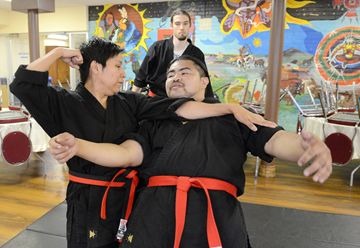 THE DISCIPLINES OF THE ART

Students of Okichitaw learn both armed and unarmed combat. They fight bare-handed and with weapons, standing up and on the ground. They use traditional wrestling techniques, including rolling as part of an attack or strike.  The hand positions and techniques learned in the hand-to-hand (che miske che) combat of Okichitaw are the foundations that are applied and built upon when weapons are introduced to the system.  The two most notable weapons used in Okichitaw are the gunstock war club (notini towin mistik) and the long knife (mokumon).  More advanced students also get to learn proficiency with the tomahawk (chekinykunis) as well as the short and long lance.

THE PRINCIPLES & PHILOSOPHY OF OKICHITAW

The basic principals that every student of Okichitaw are expected to adhere to within their martial training — as well as their daily lives and interactions outside of training — are known as the Seven Grandfather Teachings.  The seven principles are Love, Respect, Humility, Honesty, Wisdom, Bravery and Truth.

The Medicine Wheel & the Four Directions play a significant role in the lives of indigenous North Americans and these are applied to the techniques taught in the martial system of Okichitaw.

The East represents balance, confidence and creativity. In battle, the East influences the identification or location of an adversary, and when setting up and developing a solid attack position.

The North represents courage, energy and knowledge. In battle, the North influences the control of an opponent with surprise or overwhelming force.

The South represents strength, focus and success. In battle, the South influences the brave, aggressive challenge of an opponent.

The West represents challenge, choice, and proof. In battle, the West influences the take-down and finishing off of an opponent before moving on t0 the next adversary.

THE FUTURE OF OKICHITAW

Okichitaw is rising in popularity.  In Toronto, classes happen three times a week at two different locations. George Levine has also traveled both nationally and internationally giving workshops and lessons in the martial art.  Furthermore, Vancouver writer Bevan Thomas has teamed up with Surrey artist Ksenia Kozhevnikova to produce a comic book about a Canadian superhero named Jaques, a Metis LGBT activist who is proficient in Okichitaw.  Perhaps one day we can convince Lépine to come to Academie Duello for a weekend workshop on Okichitaw — I, for one, would be the first person to sign up!

If you want to learn more about Okichitaw, check out Lépine’s website.