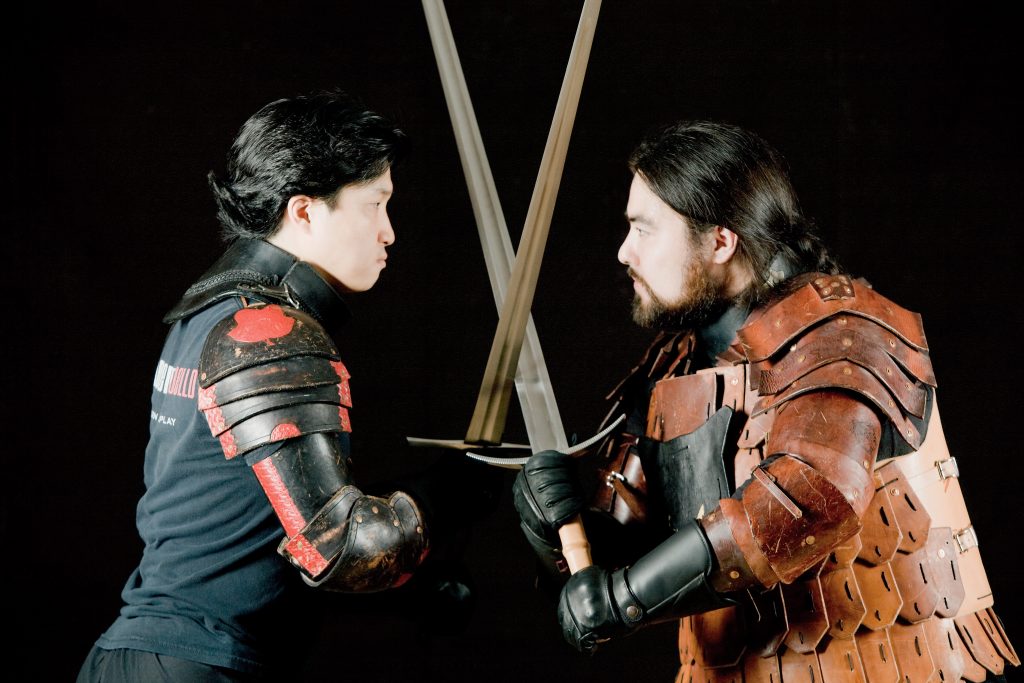 I have very specific ideas of how tournament training should figure into one’s overall martial development. I also don’t feel it is essential for all positive martial development; However you certainly can’t beat ramping up to a particular event, such as a tournament, for its ability to create an intense training environment.

In a recent training session I had my senior students engage in a fencing exercise we call double-tap. This is a sparring exercise where you must strike your opponent two times in succession (without stopping) to win the bout. This forces you to keep your defence up while you are in measure and often leads to a more intense rolling offensive where you or your opponent attempt to not only strike with a single blow but work to a second or third ‘confirmation hit’.

It’s been a while since I’ve stepped into this type of training and it was a sharp reminder of how quickly intensity can ramp up and the psychological impacts of such intensity. What happens to you inside when someone rushes into you raining blows down onto you with ferocity? Generally one of two things 1. Panic and withdrawal, 2. A returned ferocity often followed by a collision.

This space can be intensely emotional and often quite unartful, but it is a very useful space to spend time for higher levels of martial application. The desired outcome is to meet ferocity with solidness. What I mean by solidness is a higher level of intensity without a loss of emotional collection and focus. You don’t want to crash into your opponent and move into a space where anything can happen nor do you want to flee abandoning all sense of cover, instead you want to control the distance and time and withdrawn or engage only so much as it gains you advantage.

How to get there

Scaling Speed and Intensity Exercises
In these exercises participants scale through a series of speed levels from 1 to 5. At speed 1 participants are focusing on slow, precise form. As the speed increases (which can be done gradually by a caller without stopping, or in between pauses) the fluidity increases without losing the precision or mental focus. The goal is to move up to speed 5 without losing structure and mental presence.

Sudden Intensity Exercises
In this type of exercise you scale speeds suddenly moving from speed 3 to speed 5 based on an outside call or by making one of the participants the speed controller. By making intensity shifts sudden you can provide an opportunity to practice keeping mental presence when a sudden shift occurs. Only through repeated and structured exposure can you begin to overcome ingrained reactions that may not be productive.

We use other exercises as well to practice working in these challenging spaces but these are a good start and where our current training regime is taking us.