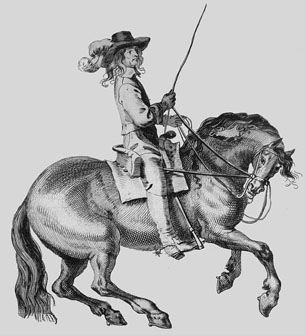 Riding Level 2: Circles and Half – circles

If you ride, whether it’s dressage, hunter-jumpers, reining, or mounted combat, you will spend a lot of time going in circles.  The circle is probably the single most effective training tool a rider has.  A horse travelling correctly on a circle develops

So it is important for you, as a rider, to get good at riding circles early on in your career.  At level 2 we ask that you are able to perform

The 20 metre circle is the bread and butter riding on the flat.  A dressage ring is 20 metres wide, and either 40 or 60 metres long, which makes sizing your circle fairly easy.  If you start at ‘A’ your circle will need to touch the rail near (but not quite at) ‘F’ then pass through ‘X’ and touch the rail again near ‘K’.  However, not all riding arenas are 20 metres wide.  At Red Colt our ring is about 30 metres, so your 20m circle will only touch the rail at ‘A’.  The best way to cement the dimensions in your mind is to set out cones on the centre points of a 20 metre square, and use those tangent points to ride your circle.

When riding a circle your eyes need to track about 1/4 the way ahead of your horse.  That is as you approach one marker, your eyes are on the next one.  Your shoulders should be in line with your horse’s shoulders, and your hips should be in line with his.  This means you will have a very slight spiral going through your body, with your head turned more than your shoulders, which are turned more than your hips.  The emphasis here is on ‘slight’.  A common error is to over twist the body, which will cause your horse to cut in or fall on the forehand.

Your outside rein is what maintains the size of the circle and keeps the horse’s shoulder from popping out.  You need a firm but elastic connection through the outside rein.  The inside hand is used to supple the horse at the poll and keep his nose on the line of the circle.  This can be done with a direct or indirect rein, but seldom with an opening rein (which can cause the horse to drop his inside shoulder and fall in).

Think of bending your horse around your inside leg.  You want your horse to have an even arc through is body from poll to tail, and it is your inside leg at the girth which controls the bend of his barrel providing support and impulsion.  Your outside leg has the job of keeping his haunches from falling out, by supporting him slightly behind the girth.

Half-circles are most commonly used to change direction.  They vary in size depending the gait and purpose, but can be as small as 5 metres or take up the full width of the ring.

For a simple half-circle change of direction begin as if you were riding a circle.  For example, on the left rein start a 10 metre circle at ‘K’, using your aids as you would normally on a circle.  When you reach the half-way point, straighten your horse and ride directly towards ‘E’, switching your inside and outside aids as you approach the rail and continue on the right rein.

A reverse half-circle goes the opposite way, making a straight diagonal line to the inside of the arena, then circling back toward the rail.

Circles form the most basic geometry of riding, but they are one of the most difficult things to perfect.  Practice often, making your circles as precise as you can, and your aids as accurate and light as possible.

Our last class for 2013 is this coming Sunday, 24 November, 1-4:30pm.  This is also an assessment day, so if you are wanting to ‘level-up’ or reassess single parts of either your Horsemanship or Riding, make arrangements ahead of time.

Classes will resume in February 2014, starting with Intro to Mounted Combat and Mounted Combat on February 2nd.  In the meantime however, I will continue to be available for private lessons, and we are hoping to do at least one indoors swordplay for mounted combat workshop during December or January.

We will also have an Open Barn and Work Party to close of the season on Sunday December 1st.  We’ll make it a festive one, with hot chocolate and cookies to keep you warm.  More details next week!