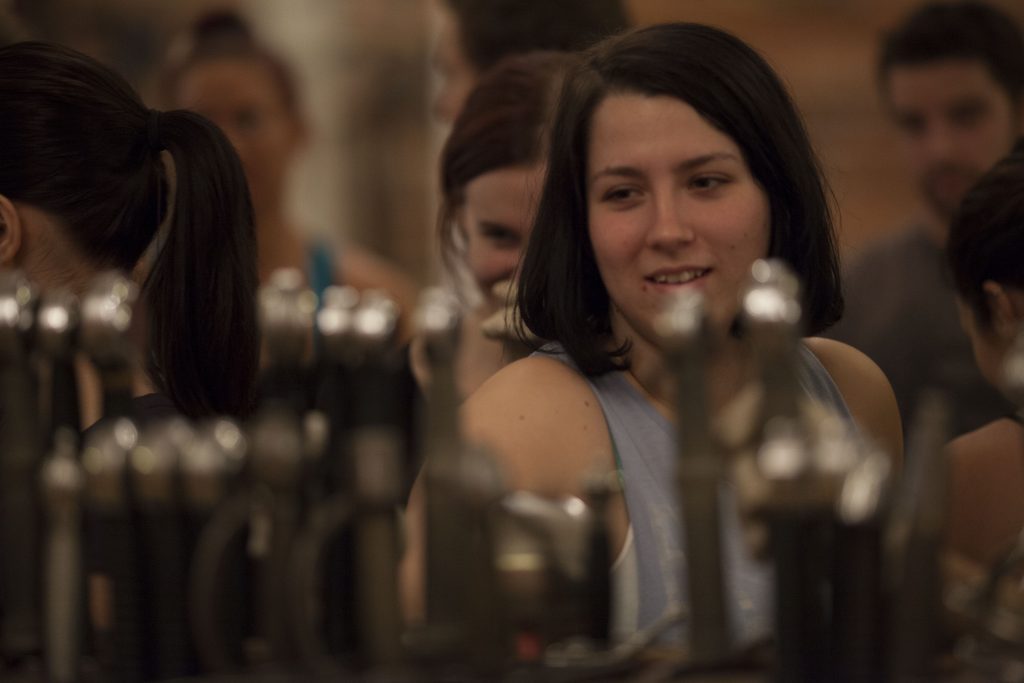 Being safety-minded is a valuable trait in stage combat. However, shying away from choreography itself will only cause delays and disruption of the rehearsal process. Choosing to hold back and only perform slowly will certainly be safe and more comfortable for you, but will diminish the show you’re producing.

All fight directors want you to be injury-free and safe in your performance. Safety methods are built into the movements you’re taught. No performer is expected to risk themselves for the sake of the show.

So a fight choreographer will ask you to understand how the fight move is safe, and to give it a try. The more you repeat the choreography, the more at ease you’ll feel, and the faster you can perform it.

Give it a try.

Advice to the Actor

Always refuse unsafe work. It is not an actor’s job to put themselves in harm’s way. You’re not a firefighter.

However, it’s the job of your fight choreographer to keep you safe. So if you take their direction, you’ll do fine.

The first step is to ask the director or choreographer how your safety is ensured. “Luck” is not an option. Relying on your partner to only strike you lightly is also not a good idea. But your level of comfort is a personal calculation. You may have been previously injured, and have a legitimate concern over a part of your body you don’t want to re-injure. Let them know if you have a specific concern.

Legally, you may be unable to sue if you’re in a stage fight because of a voluntary assumption of risk. In other words, you consented to do the choreography with the understanding that it’s a risky job and you might get hurt. On the other hand, if you’re working in a professional environment, you won’t have to sue because you’re covered under Worker’s Compensation (or your state’s equivalent) for injuries sustained in the performance of your job.

When you hear about people getting hurt on set, it’s often for two reasons:

As long as you’re following the direction of your (preferably FDC-certified) fight director or fight captain, you should have nothing to worry about.

Your fight director will give you good safety equipment or show you the safe movement or both. If you’re unsure, ask questions. Ask them to do it slowly so you understand. Then give it a try.

Always start with slow motion. Both you and your partner need time to think and observe while the motion is happening. Some people have different ideas about how slow you should start. When in doubt, go even slower.

Pay attention to your partner’s feedback and especially to the fight director’s notes. They are sometimes to make the effect better, but often for your safety.

When you can perform one action perfectly, increase the speed a little bit. Keep challenging yourself to perform it faster and faster, but slow down once you start making mistakes.

What Are Reasonable Concerns?

Remember that there are many people who may be at risk in an action scene.

If you observe that your partner is not following the choreographed move and you feel that it is dangerous, talk to your fight director after clearly telling your partner that you’re feeling unsafe. Don’t make it about correcting their behaviour, make it about your understanding of the safety of the move. It’s the job of the fight director to correct their behaviour.

Too often, I work with actors who think it’s an excuse to say: “Sorry, I’m just not very coordinated,” expecting to be forgiven for poor performance. Coordination is a skill that takes work, and is part of the actor’s job. What they’re really saying is, “Sorry, I’m not very good at my job, and I haven’t put the work into my training to meet minimal standards.”

But if you want to be an awesome action-hero, then you can enhance your general coordination with frequent practice and getting comfortable with the safe practices of stage combat.

Our next FDC Basic certification course is a three-week course, running Sundays through Fridays in the afternoon, 1-5pm. It starts January 10 and the exam is on January 29. You can register online or by calling or visiting our Vancouver location during store hours.