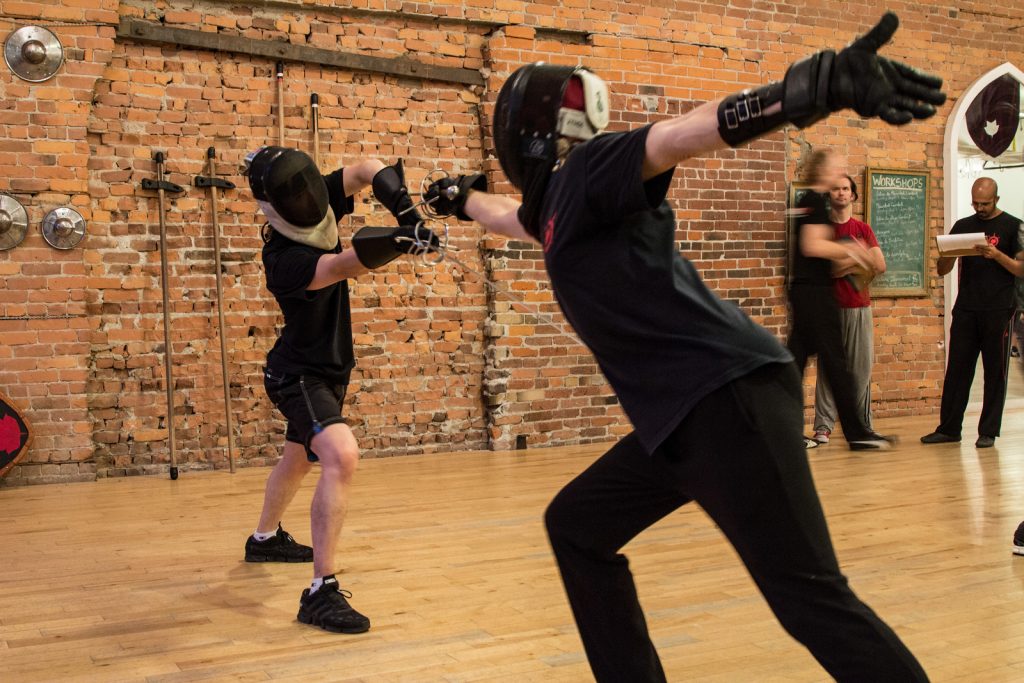 Classes are cooking along at Academie Duello this week.  One thing I have been excited about in Vancouver is the increasing number of women in our programs.  We have always had a good ratio of men and women but in last night’s Green Cord portion of class we had 12 students and only 2 of them were men. That’s pretty excellent and I’m glad to see such a strong contingent of up and coming women fencers.

If you attend Monday night longsword classes or you follow any of our videos on Duello.TV you’re familiar with instructor Greg Reimer. The true essence of Greg was captured just recently in the web comic Wasted Talent where his animated likeness plays a central role, check it out here.
Now on to this week’s Duello.TV videos on rapier cutting, deceptive fighting, and actions in contra-tempo with both the rapier and longsword. Enjoy your training!

This week we look at how to create opportunities to strike the opponent as they attack through avoidance, angle, and attacks that simultaneously defend and counter-attack in one tempo.

This week we are using the cut as a means to escape from positions where the opponent has found or gained your sword. We will explore half cuts, full cuts, and a type of sword displacing action called a ‘beat’.

This week we are introducing the concepts of the deceptive fight, in particular the use of the ‘feint’. A feint is a false attack designed to draw a predictable reaction from our opponent. In our second class and moving into next week, we look at the properties we bring into our feinting technique to keep ourselves safe while inviting our opponent out of position.

Contra tempo is one of the most idealized of the four tempos. In this class we look at the diversity of ways that it may be created and taken advantage of. In our second class we then look at ways to respond to someone who is attempting to strke us in contra-tempo.