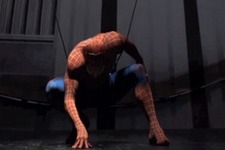 Injuries happen on all sorts of entertainment projects. Don’t be lulled into complacency because a big budget does not mean “safe”.

Five people have been injured while working on Spider-Man. After two stunt doubles were injured during various flying sequences in rehearsals, safety inspectors from the New York State Department of Labor reviewed these scenes in the show and, in February 2011, cited the show for two workplace safety violations. The United States Occupational Safety and Health Administration fined the show $12,600 in March 2011 for three serious safety violations. The Actors’ Equity Association also looked into the incidents. One of the injuries occurred when Spider-Man stunt double Kevin Aubin broke both wrists. Another actor “had broken [his] feet on the same move a month earlier.”

Natalie Mendoza, who was originally cast as Arachne, suffered a concussion during the first preview performance on November 28, 2010, when she was struck in the head by equipment in the wings. She did not report the accident to producers until November 30. She appeared in the second performance against her doctor’s advice; the role involves several flying sequences, including one in which she is spun upside-down. Mendoza later felt ill, and America Olivo, her understudy, played the role during her nearly two-week absence. Mendoza returned to the show for the December 15 evening performance. Following the preview of December 20, 2010, when Spider-Man stunt performer Christopher Tierney was injured and hospitalized, Mendoza suspended her performance, Olivo again filling in for her. On December 30, she announced her permanent withdrawal from the show. She was replaced by T. V. Carpio, with Olivo remaining as understudy. When Carpio was injured in March 2011 and withdrew from the show for two weeks, Olivo performed the role again.

In that December 20 preview, Tierney fell more than 20 feet (6.1 m) off a piece of scenery when his harness was not connected to the safety cord, leaving him to freefall through the stage and into the orchestra pit. Tierney was hospitalized at Bellevue Hospital Center; he was released for rehabilitation on December 28. The December 20 performance was ended prematurely. After rehearsals for stricter safety procedures involving the harnesses, the show resumed with the evening performance on December 23. Tierney was released fromNew York University’s Rusk Institute of Rehabilitation Medicine on January 5, 2011. He returned to the show for rehearsals on April 25, 2011 and performed in the show on opening night. Meanwhile, Carpio was injured during a March 16 performance, reportedly hurting her neck, and left the show for two weeks. On August 15, 2013 an actor was hurt by apparently being pinned under a piece of equipment and suffered leg trauma.

This became pretty well-known:
“[Joan Rivers]’ stand-up act…lately has begun with a moment of silence for ‘those Americans risking their lives daily – in ‘Spider-Man’ the musical’.”
—The New York Times; Healy, Patrick (February 6, 2011).

For the evidence and citations, please read the original article: http://en.wikipedia.org/wiki/Spider-Man:_Turn_Off_the_Dark#Cast_injuries_and_additional_replacements

The lesson is simple: stunts and risky stage movement are dangerous. Proper training and safety equipment is important to avoid serious injuries. And a long run with a big budget can make you complacent so there’s extra effort needed for rehearsal and checking safeties every day.

Our ongoing stage combat training happens at Academie Duello in Vancouver every Tuesday and Thursday (8-10pm) and Saturdays (5-7pm). Email david@academieduello.com to find out how you can get Action Hero training.