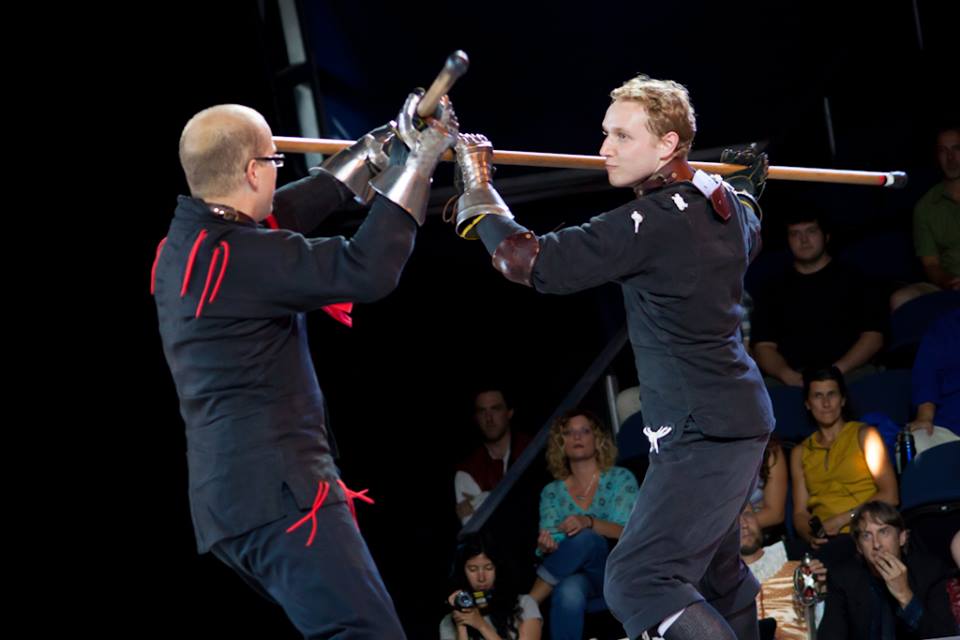 A specialist martial artist, at their most focused, tunes their training toward a single discipline and a single context. This type of specialization is something that perhaps came first to us in the Western Martial Arts with duels. For these one-on-one conflicts, individuals would train to fight within a fixed set of rules and conventions, sometimes imposed by the state (in the case of judicial dueling) or by societal norms (in the case of honour duels). Today, the main driver of specialization is competition.

By specializing, a combatant can focus every hour of their training on a single end, whether that be victory in a tournament or survival in a duel. Many who engage in tournaments even specialize their techniques down to a core set of two to four and practice only on one dominant side. If you and your potential opponents have only 10 hours a week to spend on training, intensely training a limited set of actions means that you are able to get to a much higher level than an opponent who spreads out their work. Here you might think of the Bruce Lee quote, “I am not afraid of the man who has practiced 10,000 kicks once. I am afraid of the man who has practiced one kick 10,000 times.”

The greater the diversity of actions, weapons, and contexts, the more that training value is divided up, and thus the lower overall level you might achieve. Here you might think of the figure of speech, “Jack of all trades, master of none.”

So within the context of a tournament or a duel, where the conditions are fixed and the best techniques are known, being a specialist has a payoff. If you and your opponent have the same number of hours to train and your opponent generalizes while you specialize, provided you picked the right techniques, you’ll be ahead of them in the game.

Where studying a more general and broader set of skills matters is when the context is not fixed or your desired outcome does not have a pinpoint focus. Many professional athletes in various sports find themselves wrecked after a short, though perhaps successful, career. A focus on winning a gold medal can lead many down a route that takes them toward short-term performance and away from long-term health. If your goal is health, this may lead you to a more balanced approach to your training that — for example — equally incorporates both sides of your body.

Knights who competed in tournaments in the middle ages also stayed more general in their studies because, though one set of skills might maximize their ability to win in a tournament, they had the constant threat of conflict outside of such controlled circumstances. A knight could not simply devote their skills to a particular tournament form as they might find themselves defending their life on the street without swords or armour, or in a battle where the terrain dictates the circumstances. Here generalization pays off because a warrior’s survival is not only dictated by their performance in a fixed circumstance but by their ability to adapt to changing and unknown circumstances. The more tools in your toolkit, the better the chance you’ll have the right one to do the job at hand.

I personally enjoy the middle ground; the blending of specialization and generalization that I think of as universal practice. Fiore dei Liberi in his 1409 book The Flower of Battle presents a systematic approach to a series of different disciplines. Each discipline teaches us about a different aspect of the system. Wrestling and knife teach us about groundedness, entry, feeling, tempo, and response. It provides the foundation from which to wield a longer weapon. The movements of this section are then transferred through each of the subsequent sections. Through the practice with the sword we build an understanding of distance, lines and angles, and feeling at the blade. The spear teaches us about thrusting and transition between the thrust, blow, and grapple. The system is even applied to the horse, and being an equestrian myself, I can vouch for the fact that the use of the sword on foot transfers seamlessly to the saddle, provided you know how to move your new set of legs.

Within my own practice I bring in other weapons like the rapier, which I have found to be an excellent teacher of feeling at the blade because rapier technique tends to keep both your and your opponent’s weapon in contact more. I also practice many disciplines that use weapons in both hands simultaneously and I switch between right and left leads regularly. My goal is to be able to pick up any weapon and employ it in any context. I want to practice a universal system, like Fiore did, rather than having an approach that is too narrowly tuned. My goal is to be a warrior and not only a competitor.

Specializing to achieve a particular objective can be healthy. I’ve fought in my share of tournaments, and when I’m going to be in one I train specifically for it. However, I temper my training with my long-term health and martial goals. This might mean fewer hours dedicated toward that specific end, but I enjoy being a broadly capable martial artist and having a balanced physique that will help me move and live comfortably for a long time.

I’d like to aim myself at being a “Jack of all trades, master of the sum.”