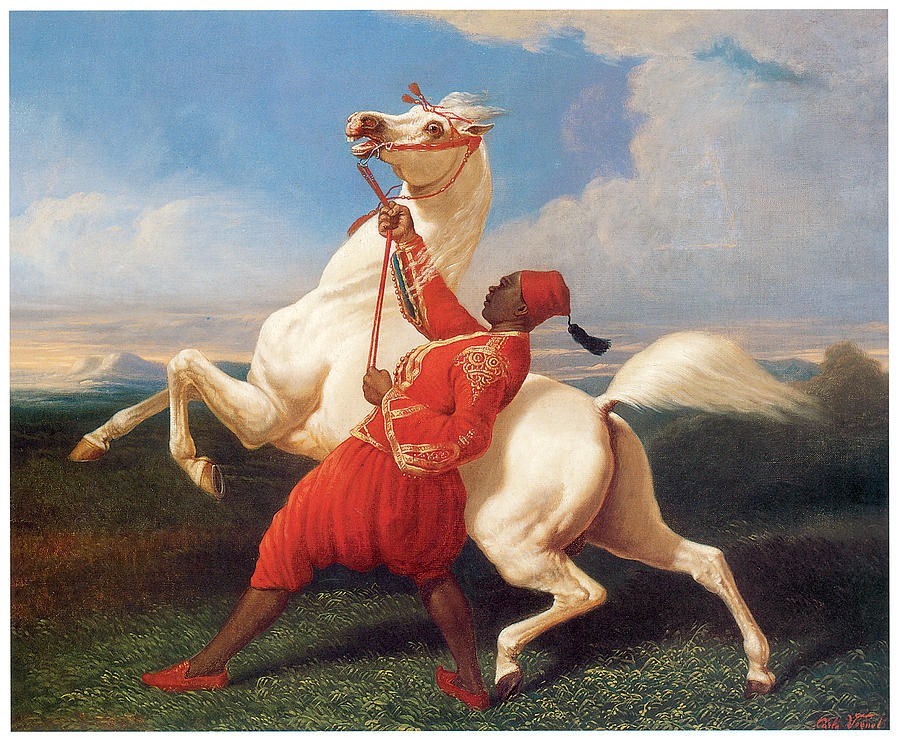 In the media summer is the silly season, but in the northern hemisphere of the equine world, March is prime time for goofy, bizarre, and downright alarming horse behaviour.  So this week we’ll take a break from swordplay and wrestling to tackle the question of how to ride those spooks.

Staying in the Saddle

There’s an old saying that horses are afraid of two things: things that move, and things that don’t.

As tongue-in-cheek as that is, there is truth beneath the joke.  The horse’s natural defense against predators is to flee first, ask questions later, so the default response to anything new or startling is to run.  That response is modified by experience, and we can change our horses’ experiences to modify their startle reflexes, but any horse, no matter how bombproof, can spook.

What kind of spooker do you have?

Not all horses spook the same way.  Some bolt straight ahead; others will do a 180 spin; some do a tap-dance and then freeze, legs spread; and others jump sideways or canter at a half-pass across the arena.  A very few will buck or rear, but usually if your horse is actively trying to get you out of the saddle you are dealing with a behaviour issue, not a simple spook.

Figuring out your horse’s spooking style will help you be prepared to deal with it, although every rider will at some point in her life be caught off guard and left in the dust by a spook that came out of nowhere.

When you know an explosion is imminent

You know the type of day: it’s a little windy, your horse hasn’t been ridden for a while, there’s a new building going up next door, or some other horse at the barn is acting up.  All these can contribute to making your horse a little ‘hotter’ or more reactive than normal.

When you know it’s likely to happen, you become a little more tense anticipating the spook that’s coming.  Your horse is an expert reader of your body language, and the minute you tense up he thinks “she knows something I don’t, there must be a tiger in those bushes after all.”  This turns into a vicious cycle of increased tension for both of you.  The key to riding the spook is to relax, before, during and after.  Yes, it’s hard to relax when you know a spook is likely, but you can convince your brain, and thus your body to be calm.

The more calm and confident you are when you deal with your horse’s spooks, the more he will begin to trust your leadership.  The more he trusts you, the less likely he is to spook, which in turn, boosts your confidence.  This is the opposite of the vicious circle of tension; this an escalating spiral of relaxation that leads to happier, safer rides.

Intro to Mounted Combat Workshop
Sunday 6 April, 10am – 1pm
Red Colt Equestrian Farm Co-op, 12320 No 2 Road, Richmond
cost: $149
Instructors: Jennifer Landels & Devon Boorman
A taste of everything in the program.  Learn about grooming and tacking up, get some swordplay fundamentals, and ride a horse with sword in hand.
prerequisites: none