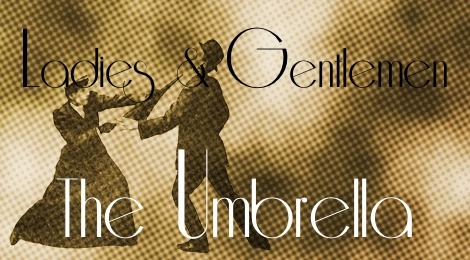 During these rainy winter months in Vancouver, we hold monthly workshops in Umbrella self defence. At the turn of the last century, every gentleman carried a walking stick, and every woman carried a parasol. Since we carry our modern umbrellas just as frequently in Vancouver today, it’s a great value to learn how they learned to use it as an improvised weapon.

Miss Sanderson, whose first name is still a mystery, was an impressive fighter in her own right. The post references an article in Health and Strength, 1904 to her exhibition bouts versus Vigny, and how, “In tests, she has faced more than one Hooligan, who was paid to attack her, and each time he has earned his money well.”

Bartitsu.org references an article from the Daily Mirror, 1902, which was reprinted on Bartitsu.org previously.

That article has a couple of general scenarios with replies and illustrations:

The author of the article says that fencing has no practical use except this self-defence with umbrella. However dubious that assertion, we can agree with his conclusion that it imparts grace and suppleness, and with training a woman can defend against two or three assailants.

I’ve written previously on the Jusitsuffragettes, or bodyguards for the women’s suffrage movement in London. If those women who were in real danger from chauvanist men and trained police officers, then their training methods should be taken seriously.

Here’s another article with some great pictures and well-sourced information: The Martial Chronicles: Fighting Like a Girl 2 | BloodyElbow.com

And another article from Bartitsu.org: An Interview with Emelyne Godfrey, author of Femininity, Crime and Self-Defence in Victorian Literature and Society.

Our next workshop on Umbrella Self-Defence will be 2pm-6pm on 17 March.

In four hours, we cover many self-defense scenarios, positions to grasp the umbrella, strikes and takedowns, and aim for the practical and elegant solutions of scientific combat.