Like the Mastery program, we have five ranks within the Cavaliere program, denoted by Spurs: Green, Blue, Red, Silver and Gold.  To acquire each rank you need to be a triple threat, demonstrating your skill in Horsemanship, Riding and Mounted Combat.

Now that we’ve covered all the things you need to know and be able to do for the Horsemanship and Riding portions of the Green Spur we’ll move onto the Mounted Combat checklist.

To advance to the Green Spur you will need to be assessed in three areas:  Swordplay Skills from the Ground, Swordplay Knowledge, and Mounted Combat Knowledge.

Swordplay Skills from the Ground 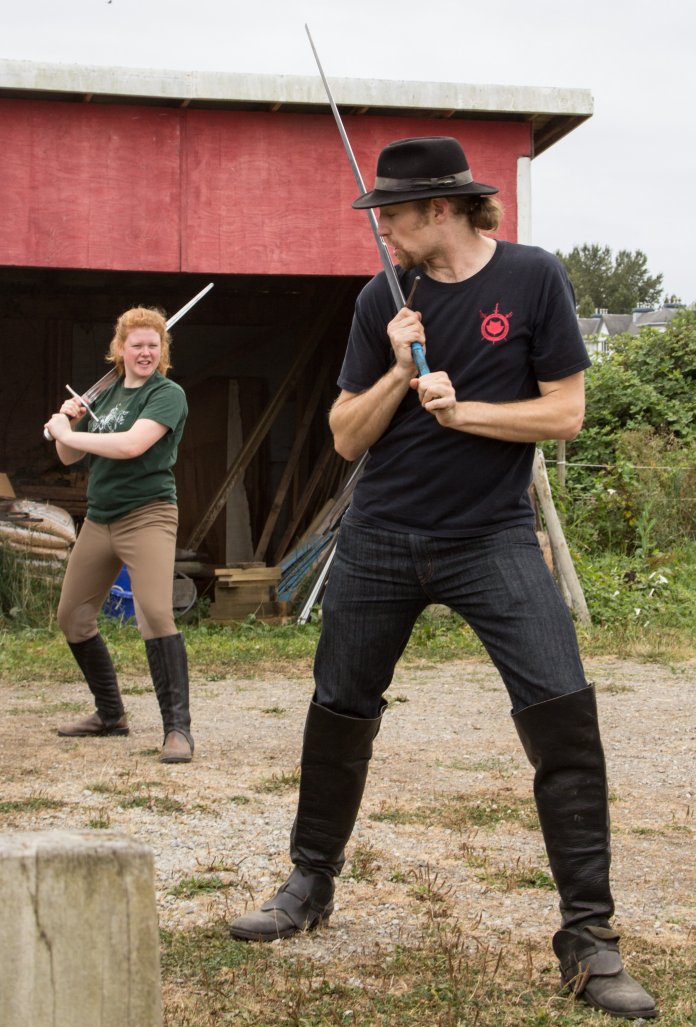 Before we let you get on our horses and swing swords around we want to make sure you can use them competently from the ground.  Historically, a mounted knight also needed to know how to fight from the ground since being unhorsed in battle was extremely common.  For these reasons much of the Mounted Combat Workshop time is spent working on swordplay on foot.   To sign off this section you will need to demonstrate: 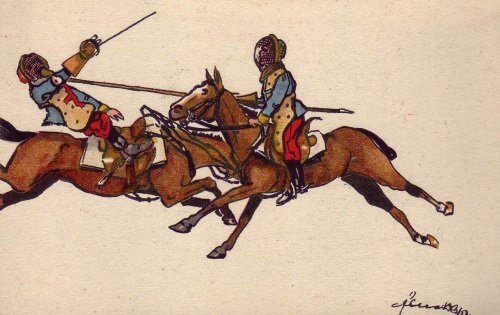 For this section you will need to show a basic knowledge of weapon terminology and function, beyond which end to point at the enemy.  We will ask you to describe: 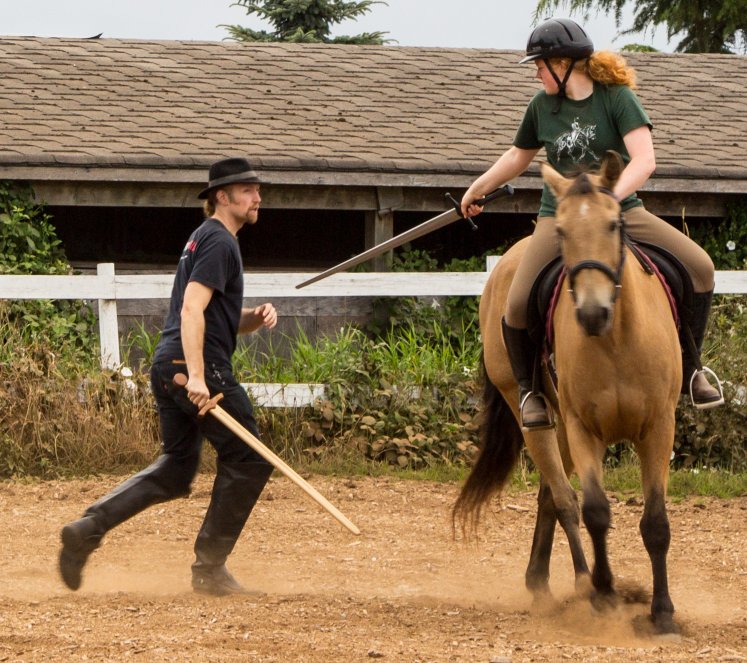 This section is a bit more theoretical, and requires a basic understanding of the anatomy and gaits of the horse, the physics of delivering blows, and mechanics of a good seat.  You will need to describe:

·         The mechanics and timing of throwing a sword blow from horseback

·         The mechanics required to keep your seat when striking from horseback.

Next week I’ll begin to delve into the specifics of each requirement, starting with stance and posture.

The shedrow is finished at last, thanks to Chris and Kirsten who put in some extra evening and weekend hours to get those last panels in.  However, there is still more work to be done, winterizing Flavie’s stall, fixing the skylight in Gracie’s, and spreading hogfuel in the paddocks.

We’ll have 10 yards of hogfuel to shift by wheelbarrow, but lots of hands make light work, so if you’re willing to donate a couple of hours of muscle power, we’ll provide the hot chocolate and cookies to fuel you.  Also the more wheelbarrows, shovels, and metal (bow) rakes we have the faster it will go, so if you’re able to bring any of those tools that would be fabulous!